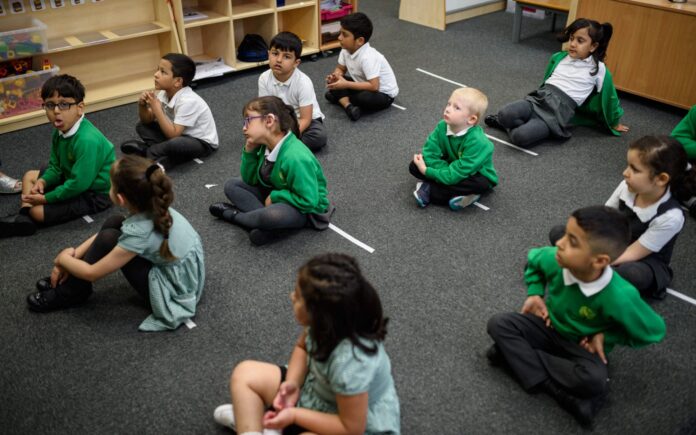 Schools Minister Nick Gibb has said that a decision on scrapping school bubbles is to be announced by July 19 at the latest.

The announcement comes as figures revealed that almost 250,000 pupils are currently off school as a result of Covid, even though just 9,000 have tested positive for the virus.

“We are conducting trials of daily contact testing as a possible alternative to self-isolation,” he told Sky News. “We will look at the results of the trial and we’ll make any decisions, it will be announced before we make a decision on step four going forward.”

Mr Gibb indicated that face mask guidance would be left to the discretion of directors of public health as it is now. Currently 60 local authorities are recommending that secondary school pupils wear them in classrooms.

Earlier the Children’s Commissioner warned of “trauma” being inflicted on a generation of children.Dame Rachel de Souza called for urgent action to help get children “back to normal”.

Dame Rachel said Britain’s children had taken “a big burden” to protect older people, and were now at risk of long-term harm from policies which saw them repeatedly confined.

She called for urgent action to address the issue, saying more needed to be done to ensure that future policies put the needs of children first.

She said the bubble system was an “absolutely massive” frustration, proving “very, very restrictive” in terms of the numbers forced out of school, and the limits it placed on normal social mixing.

“With bubbles, I think everybody would like it if we could get back to normal, as soon as possible. Obviously we have to be safe, and we have to take advice, but it’s very very restrictive,” said Dame Rachel.

“All these children going in and out of self-isolation; that is a really big issue, and it’s incredibly frustrating for children and teachers.”

BBC to deliver biggest push on education in its history