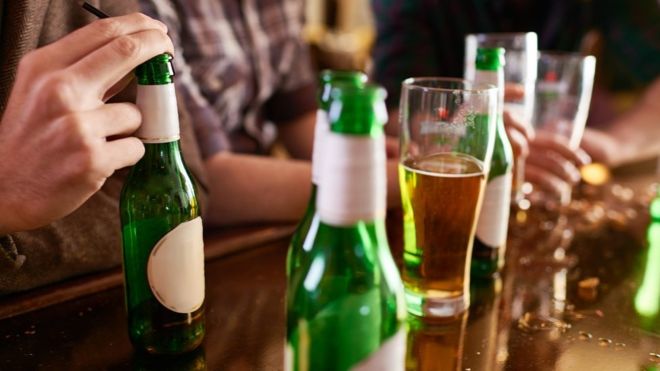 A staggering 24,200 people died because of alcohol use in England last year- an increase of 1.5% since 2016 and the fifth consecutive annual rise.

Two of Greater Manchester’s boroughs featured in the top ten authorities where the most deaths by alcohol occur, Tameside where there are 66.7 deaths per 100,000 people and Manchester where the equivalent figure was 64.2.

Although the contribution that alcohol makes to mortality varies considerably by age, as a proportion of all deaths reported today, alcohol was the biggest killer for younger adults across England.

Alcohol related deaths among women are at their highest ever level as baby boomers’ drinking has been blamed.here were 8 female deaths from alcohol for every 100,000 people in the UK – the greatest number since records began in 2001.

Meanwhile it is estimated that there are 200,000 children in England living with 120,000 parents who have alcohol problems.

The impact of having a parent with an alcohol problem on the lives of children can be devastating. An analysis of serious case reviews (where a child was seriously hurt or killed) found that 37% recorded alcohol as a contributing factor.

Alcohol is also often a major contributor to parental conflict, which can lead to a range of poor outcomes for children including being detrimental to their education and employment opportunities and harmful on their health. The government says it is committed to reducing conflict between parents and this funding forms part of a new ‘reducing parental conflict programme’ which encourages local areas across England to integrate approaches addressing parental conflict into local services for families.

Alcohol-addiction experts at leading treatment providers UKAT believe that until the misuse of alcohol is taken seriously by Local Authorities, more and more people will unnecessarily die;

“These people have died because they have become addicted and alcohol has taken over their lives, whilst at the same time, the places where they could be helped are closing at a rate of knots.

“It cannot be a coincidence that the areas with the highest mortality rates are the areas where budgets are cut the heaviest. Our Freedom of Information Request revealed just that, and until this changes, more lives will unnecessarily be lost. Councils need to make better budget decisions next year to help those most vulnerable.”