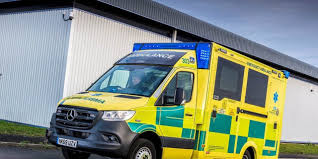 A cyclist in his 5O’s has died after being hit by a car in Horwich.

A grey VW Polo made off from the scene on Chorley New Road and Victoria Road in Horwich but was later found and an 31-year-old man was arrested on suspicion of death by dangerous driving. He has been bailed pending further enquiries.

Road closures were temporarily put in place whilst officers carried out an investigation.

Sergeant Andrew Page, from GMP’s Serious Collision Investigation Unit, said: “Our thoughts are with the man’s family who are understandably devastated at this news and we’re doing all we can to get them the answers they deserve.

“A man was arrested at the scene and following questioning yesterday, he has been bailed pending further enquiries.

“We’re already following up a number of lines of enquiry and would urge anyone with information, or anyone with any dash-cam footage, to report it to us as it may assist with our investigation.