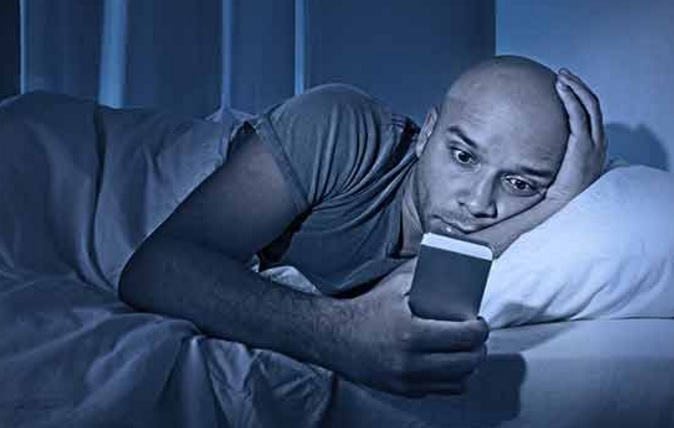 A sleep doctor is calling for Brits to cut down on the time they spend on social media this new year after a study revealed the effect social media has on sleep.

Dr Nerina Ramlakhan is urging social media users to cut down on the amount of time they spend on Facebook, Twitter and Snapchat as one of their New Year’s Resolutions.

A recent study by bedmakers Silentnight analysed the link between social media and sleep deprivation, and the results revealed the two are closely linked.

The study, which questioned more than 2,000 UK residents on their sleep habits, found that 68 per cent of Snapchat users said the platform prevented them from sleeping, with as many people admitting to waking up in the night to check their snaps.

Instagram users didn’t fare much better, with 62 per cent claiming that scrolling through the app prevented them from getting a good night’s kip and more than half of users saying they woke up in the night to check their feeds.

The biggest users of both networks were those aged between 16-24, with 43 per cent of this age group admitting to never going a day without social media.

Dr Nerina says the results prove the nation is due a social media detox, and has called on Brits to consider cutting down as one of their New Year’s Resolutions.

Silentnight’s sleep expert Dr Nerina said: “The New Year is the perfect time to take a step back and work out ways to feel better in 2018, and putting more sleep on the top of your New Year’s Resolutions is a great place to start.

“There is always a big focus on diets and fitness regimes in January, but actually making sure you are sleeping well is one of the simplest and most impactful ways to feel healthier and happier.

“Getting more sleep doesn’t just make you feel better and banish your under-eye circles. Adequate sleep is a key part of a healthy lifestyle, and can benefit your heart, weight, mind, and more, so getting more sleep really is in all our best interests.

“It’s quite concerning to see just how much people are using social media at night time. The impact on sleep is particularly worrying.

“It’s proven that the blue light from phones and tablets wakes up the brain making it difficult to wind down and fall asleep. So punctuating the night with regular social media checks is a recipe for disaster if you want to sleep well.”

Silentnight’s research found that 25 per cent of Brits never go a day without logging on, yet almost a third said they acknowledged the benefits of a digital detox, with 27 per cent claiming they felt ‘calmer’ after taking a break from social media.

While it’s clear we shouldn’t banish tech altogether, Silentnight’s sleep expert Dr Nerina believes we should aim to strike a balance in 2018.

Dr Nerina said: “With the demands of modern day life it’s unrealistic to completely ban mobile devices from the bedroom, but people need to be more aware of the impact they are having to achieve a better tech-life balance.

“As a sleep deprived nation we’d do well to limit the amount of time we are spending on social media. Try to stop scrolling through social media 60-90 minutes before bedtime. This will allow you brain to wind down and lead to deeper, more restorative sleep.

“It is also a good idea to turn phones on silent so alerts from apps such as Facebook and Snapchat don’t disturb sleep.”