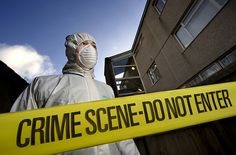 Greater Manchester’s Mayor and Police and Crime Commissioner Tony Lloyd has issued another stark warning to Government as crime continues to rise across the region.

Figures released today by the Home Office show a 14% rise in recorded crime across the region, compared to a national rise of 5%, including increases in violent crime and sexual offences.

Tony said: “The Home Secretary continues to claim that falling crime is a justification for cutting away at local policing. Today, her claims are once again exposed as baseless and simply untrue. As we brace ourselves for further cuts in Chancellor George Osborne’s spending review next month, now is the time for Theresa May to finally listen to calls from me and the Chief Constable to stop the policing cuts and invest in keeping our communities safe.

“Local people are rightly concerned about the cuts to GMP and, while police officers and staff remain committed to keeping people safe, it is getting increasingly more difficult to put the public’s mind at ease. The reality is that we are heading towards 1970s police numbers where police were used simply as an emergency response service. But modern policing has evolved with police now dealing with complex issues such as domestic abuse and child sexual exploitation, working with councils and other agencies, the voluntary sector and communities to protect the most vulnerable.”

Today is the first time fraud and cybercrime has been included in the Crime Survey for England and Wales, estimating there were more than five million incidents nationally in the 12 months to June 2015.

Tony added: “I welcome the fact that fraud and cybercrime has now been included in the crime survey. I’ve been saying for a long time that fraud is under-represented and under-investigated and these improved figures give us a better picture of the demand on policing across the country. Criminals are increasingly using the internet and taking advantage of new technology to target businesses and take advantage of the elderly and vulnerable, causing misery to victims. It’s a huge challenge for the police, and further illustrates the need for policing to be properly resourced.”

Deputy Chief Constable of Greater Manchester Police, Ian Hopkins, said: “The rise in recorded crime is primarily down to greater accuracy in our recording of certain crime types and people having the confidence to come forward and report the crimes that have the most personal impact.

“Tackling crimes such as domestic abuse, sexual offences and hate crime is a top priority. The figures reflect the increased confidence and bravery of victims in reporting such crimes knowing that Greater Manchester Police will treat them with compassion and understanding.”

“The increase in cybercrime and the recognition of the amount of fraud taking place reflects the changing nature of policing. We have to be able to invest in the skills and technology to tackle such crimes. This is extremely challenging given the current financial situation. It is becoming increasingly difficult to balance the competing demands of tackling serious and organised crime, increases in reported sexual offences, emerging crime threats, traditional property crime and the necessity to safeguard the more vulnerable in society. Something will have to give because we cannot continue to do everything with significantly fewer officers.”

“We are doing all we can to change the way that we work and integrate with other public services across Greater Manchester in order to keep people safe. It it’s going to be hard and people are going to have to accept the way we deliver policing is changing.”

Rising stars get the chance to Dance at U.Dance National Youth Festival 2016, at...