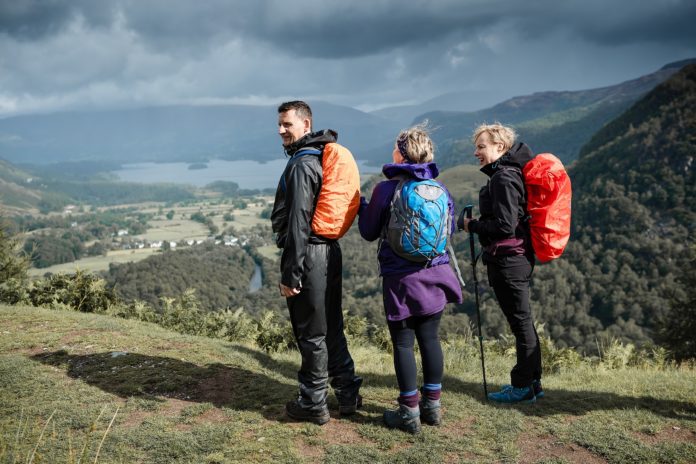 A team of adventurous charity supporters, including Coronation Street actress Sally Dynevor, will be taking on a trek to Everest Base Camp in aid of Prevent Breast Cancer.

The 32-strong team will be climbing 5,554m over the course of 12 days, facing sub-zero temperatures and tough terrain, all to raise vital funds for Prevent Breast Cancer, the only UK charity that focuses solely on the prediction and prevention of the disease. So far, they have raised over £93,000 for the charity.

The team have been putting themselves through their paces training with adventure travel company Adventure Peaks – which has also organised the Everest trek – by attending a series of weekend training walks in the Lake District. The walks were carefully planned to gradually build up the participants’ fitness, as well as building their confidence taking on longer distance treks.

As well as their intense training schedules, each participant has been working hard to fundraise for Prevent Breast Cancer, a cause close to their hearts. From those who have previously been diagnosed with breast cancer to those who are taking on the challenge in memory of a loved one, the team have been brought together by a passion to prevent the disease.

Actress Sally Dynevor, who was diagnosed with breast cancer in 2009, is a patron of Prevent Breast Cancer. She will be heading to Nepal with the rest of the team to take on the world’s largest mountain. Sally said: “I’ve always loved walking, so when the charity told me about the plans for the trek, I thought it sounded like the perfect challenge.

Breast cancer is the most common cancer in the UK, with 1 in 9 women and 1,000 men developing the disease in their lifetime. Prevent Breast Cancer funds ground-breaking research aimed at preventing the disease for future generations.

“It’s been amazing to watch the other members of the team who have signed up to take part working so hard to train and fundraise for the challenge – they are truly inspiring. Ultimately, I’m doing it because it’s such an incredible charity. A future free from breast cancer is achievable, we just need to keep raising awareness and funding more research to make sure we’re doing everything we can to protect future generations from this devastating disease.”

The team will be flying to Nepal on 9th November for 18 days. To follow their progress and donate to the charity, follow Prevent Breast cancer on Twitter at twitter.com/wearepreventBC.

LGBT Advisor to the Mayor of Greater Manchester calls for people to support important...