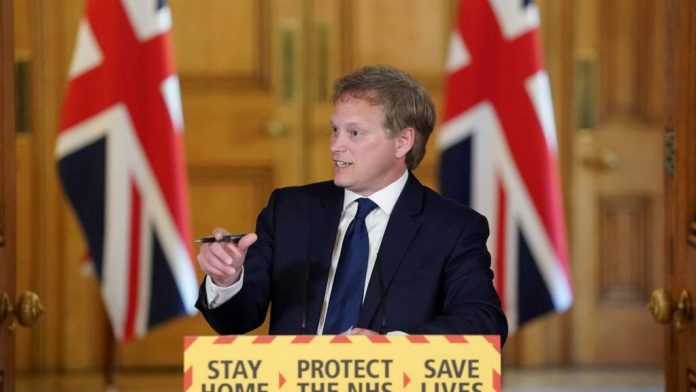 31,587 people have now died from Coronavirus in the UK, an increase of 346 fatalities in all setting.

The Transport Secretary Grant Shapps announced the figures at the Daily Downing Street Press Conference in which he also gave details of a £2 billion package which will put walking and cycling at the heart of the Government’s transport strategy.

There has been and continues to be a “steady and consistent fall” in the number of recorded deaths,said deputy Chief Medical Officer Professor Jonathan Van-Tam.

There is “a solid decline” in the number of people in hospital in all the different regions. We must still be “cautious and measured about what happens next”, he added saying that there is “plenty of capacity” for critical care patients, the numbers of which continues to decline.

Getting Britain moving again without overcrowding our public transport represents an enormous logistical challenge,” he said adding that “Even with public transport reverting to a full service, once you take into account the 2m social distancing rule, there would only be effective capacity for one in ten passengers in many parts of our network,”

The aim will be to double cycling and increase walking by 2025.

There will be a £10m for car charging points on streets and to accelerate the filling of potholes, as the car remains the “mainstay” for many families he said.

He also announced that he had chaired a round table with key players like Google, Microsoft and CityMapper to develop data and apps to help the public view overcrowding across the transport network in real time.

Woman sexually assaulted near to tunnels under M60 in Bredbury