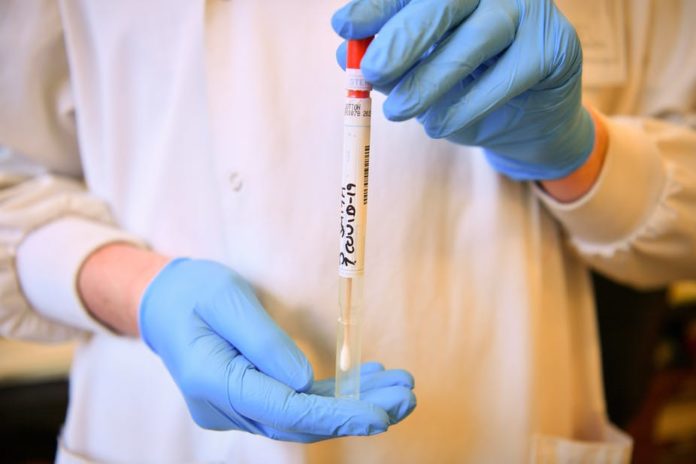 In 1974, a classic book, Who Shall Live?, was published. Written by Victor Fuchs, a Stanford University professor, it marked the birth of health economics. It arrived at a moment when the post-war era of continued growth in public services was becoming unsustainable – just as treatment options for patients were expanding and the public expected more and more from their health services.

Governments and their healthcare systems were trying to respond – and Who Shall Live? gave them a framework. A famous example often quoted in my student days at the University of York in the early 1980s was renal dialysis. Though not widely known by the general public, many publicly funded healthcare systems rationed this treatment. Older patients sometimes missed out, reducing their life expectancy by a few years.

Thankfully, such drastic rationing has become rare – cropping up mainly with certain expensive late-stage cancer drugs. Yet as we address the COVID-19 crisis, this is changing.

Health economists think in terms of benefits from a course of action: lives saved, years of life saved and something we call quality-adjusted life years saved or QALYs. Yet in the present crisis, the data to make such calculations is likely to come too late. In a situation with (perceived) high risks and an immediate impact, there is a “rule of rescue” that says you decide now, still using rational reasoning, and worry about the QALYs later. So here’s my perspective as a health economist about the best way forward.

It is not made explicit to the public, but those in charge of health policy will already have been carrying out multi-layered calculations into the relative costs and benefits of different testing strategies. This explains, for instance, why the UK is prioritising testing healthcare workers, since keeping them free of infection has the potential to save many more lives.

The country is testing fewer than 10,000 people a day at present, with the government saying it will reach 25,000 per day by the middle of April. Yet, with well over a million workers in the NHS, this will take several months to complete – and that is without counting other key workers and also symptomatic patients in whom the virus ought to be identified so that they can be isolated.

Beyond prioritising NHS and other key workers, we might ask, in pure cost-benefit terms, what is the point of following the World Health Organization’s “test, test, test” mantra? South Korea, which is characterised as a country engaged in mass testing, has conducted only 400,000 tests, or the equivalent of around a third of NHS staff – which puts into perspective what is really achievable.

In any case, South Korea acted much earlier and combined testing with isolating infected people and rigorously tracing whoever they had been in contact with. None of this looks feasible in the UK. Mass testing would also further divert nursing and laboratory resources from other much-needed care activities, so this must also form part of the equation.

The most reliable test for the virus is RT-PCR, which involves taking swabs from inside people’s noses or mouths. The samples all need to be tested in laboratories, and everyone needs repeat tests, since it only shows current infections, not whether someone has been infected before.

The English epidemiologist, Julian Peto, has proposed that we move away from lockdown measures and marshal every PCR machine in the country to set up a 24-7 regime, testing everyone in the UK once a week. This would involve postal swabs and isolating everyone who tests positive, testing 10 million people a day.

Peto believes this is achievable because PCR machines and testing reagents are not prohibitively expensive. This ambitious idea could be worth exploring, but I doubt it is workable. For one thing, it ignores the enormous labour and postal costs. There are also grave risks with false test results: quararantining lots of people unnecessarily, while allowing many infected people to roam around.

Alternative finger-prick tests are being developed to test for viral antibodies – in other words, whether people have been infected. The UK claims to have ordered 3.5 million kits, and there is talk of five times as many by mid-April. They are even being offered for private sale, but what purpose does this serve? They are cheaper and can be self-administered, but they are also much less reliable than RT-PCR tests.

This again raises the disastrous prospect of people falsely testing negative, and thinking they are free to wander about in public. Hence these tests are still awaiting regulatory approval and are being evaluated by the UK’s health authorities.

Unless a cheap and reliable test can be devised, this means that the best bet is the government’s current advice: known in Scotland as “stayin’ in”. In blunt financial and opportunity cost terms, the mass-screening ship has sailed. The best use of additional tests will be in disease surveillance, to enable the authorities to make better decisions. South Korean “mass” screening was only likely to be a good use of resources earlier on – and even now, the Koreans are concerned about a possible second wave of infections.

More drastic “who shall live?” dilemmas will arise as we move towards considerations such as access to ventilators. There are limited machines and intensive care beds – and we have all read the reports from Italy and Spain about doctors having to choose who to save.

Of course, governments are acting as fast as they can to ensure that ventilator capacity will meet all the needs that may arise. But difficult, hopefully only occasional, choices will arise for clinicians – literally at the bedside.

Speaking as a health economist, I wish them well. Nobody wants to think about the economics at a time like this, but it remains unavoidably at the heart of these decisions – just like in relation to testing and in our decisions to sacrifice, even temporarily, the care of other patients. Never has Victor Fuchs’ unsettling phrase seemed more relevant as we, as a society, have to decide who shall live.