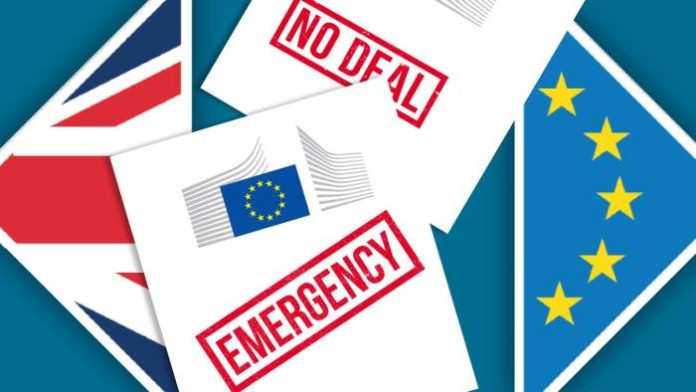 Labour leader Jeremy Corbyn has met with the leaders of other opposition parties to agree on a strategy to oppose no-deal Brexit.

He says MPs will try to pass a law to block it next week, when Parliament returns.

He has also written to 116 Conservative or independent MPs who voted against a No Deal exit from the European Union, to offer to work together to prevent a No Deal outcome.

Recipients of the letter include several former government ministers, such as Theresa May, Philip Hammond and Greg Clark.

Urging MPs to act, Jeremy Corbyn cites legal advice received from Shadow Attorney General Shami Chakrabarti, which says Boris Johnson’s plans to suspend parliament to force through a No Deal would be “the gravest abuse of power and attack upon UK constitutional principle in living memory”.

The Labour leader writes that in his view, “holding a general election after an extension is achieved is the simplest and most democratic way to prevent No Deal and to let the people of this country decide our future.” Recognising that not all MPs may agree, he invites them to join a dialogue with himself and other opposition parties “to find a way for the clear will of parliament against No Deal to express itself”.

Meanwhile Nigel Farage warned Boris Johnson that a no-deal Brexit was the ‘only acceptable deal’ and that the Brexit party would fight the Tories in a snap election unless Johnson backed leaving the EU without an agreement.