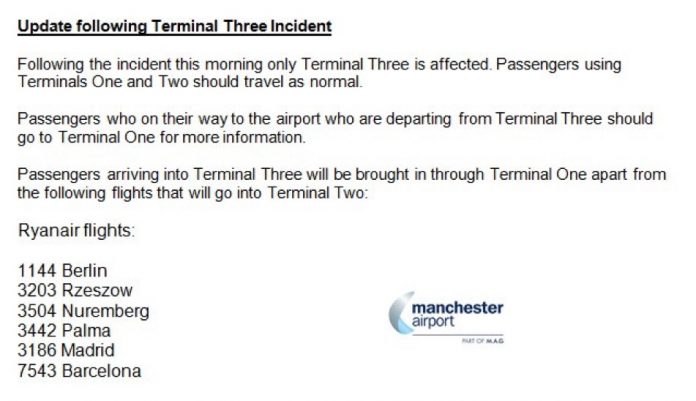 A controlled explosion has taken place after Manchester Airport’s Terminal Three was evacuated earlier today after a suspicious package was found in the departure lounge.

Police said they were called at 8.50 to reports of a suspect bag and that a precautionary evacuation was taking place.

Incoming flights were diverted to Terminal’s One and Two as the bomb squad arrived while pictures on social media showed passengers waiting outside.

This is not believed to be terror related and cordons will be lifted in due course.