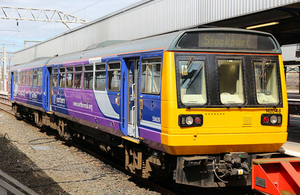 The much maligned Pacer train could have a new future after its promised demise at the end of this year.

The bus on rails loathed by commuters across the region could be transformed into a community space, a café or even a new village hall after Rail Minister Andrew Jones announced that a call for ideas will be launched on how the Pacer could be renovated to continue to serve communities.

After more than three decades of service, Pacers are being phased out alongside the introduction of a fleet of entirely new and refurbished trains across the northern network, delivering more modern and frequent services with extra seats for passengers in the nor th.

This summer, rail industry partners will launch a competition offering community groups the opportunity to put forward their plans to convert a Pacer into a new public space.

The Pacer will be donated by rolling stock company Porterbrook.

Northern is introducing 101 new trains worth £500 million, the first of these new trains will be carrying customers this summer, and at the same time we will start to retire the Pacer trains. Using a Pacer as a valued community space is a very fitting way to commemorate the service they have provided since they entered service a generation ago.

More than 100 new trains will be rolled out by Northern and TransPennine Express from this year.

Engels’ Beard sculpture to be unveiled

Times announced for Olympic and Paralympic Parade in Manchester