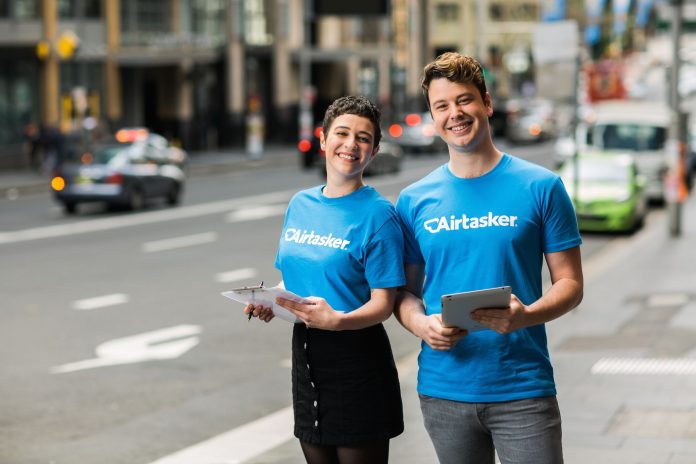 Fast-growing, Australian start-up Airtasker, has announced Manchester to be the latest city in its expansion, following success in London earlier this year.

Airtasker is a community platform website and app that connects people and businesses with members of the local community who are able to complete tasks to earn additional money. An evolution of the local noticeboard, leveraging technology to help members of the community come together in a trusted environment to create working opportunities.

The main goal of the business is to empower people to realise the value of their skills and earn more money. Jobs posted range from cleaning homes, making deliveries and dog walking, to the more unusual such as baking birthday cakes, queuing for festival tickets and writing lyrics for a jingle.

Started in 2012, Airtasker.co.uk is the brainchild of CEO Tim Fung, who prior to launching in the UK earlier this April, secured £36 million worth of investment to date and £18.8 million in the latest round, from firms including Seven West Media, Skyfield Capital, Exto Partners, Morning Crest Capital and Black Sheep Capital.

The company has invested heavily into the Airtasker customer support team, as well as software tools such as a friendly robot the team named Alan, that identifies and disposes of any tasks that don’t fit within the community guidelines. Airtasker also have regular discussions with worker unions, to enable them to create initiatives that ensure the best possible working environment for their members.

Airtasker has big ambitions, with over 2 million members in Australia earning over $100 million collectively, along with over 800,000 community verified reviews, UK general manager, Lucas London, is facing the challenge ahead.

He comments: “After my appointment I spent six weeks in Australia meeting Tim and the 120-strong team, and learnt quickly how I can emulate the success the company has had there, right here in the UK. I’ve gone from working alone at my kitchen table to managing a team of seven in a matter of months.

“Manchester is a popular University city at the forefront of digital innovation. With businesses in the sharing economy already part of everyday life, plus online search data showing us a high volume of outsourcing queries are made, it was a natural choice for our expansion.”