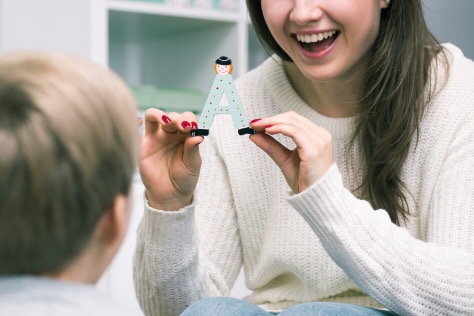 Manchester Metropolitan University is part of a two-year trial with six primary schools and 250 nursery-age children to measure the effects of the employment of newly graduated speech and language therapists (SLTs) upon the language skills of children from areas of social deprivation.

The project is in conjunction with Chester Municipal Charities (CMC) following the charity’s successful trial with primary school-based SLTs.

Dr Julie Lachkovic, Senior Lecturer in SLT who is leading the Manchester Metropolitan study, said: “The SLTs are working with teachers to enrich the language learning opportunities for all the nursery children in the project schools.

“The children’s progress in learning and language is being tracked over 12 months so we can find out if having SLTs as part of the nursery team makes a measurable difference in comparison to the control schools. Well-developed language skills give children the very best life chances.”

Kevin Hassett, Vice Chair of the charity, added: “Early Years has been a consistent focus of CMC for the past four years. This trial results from the impressive findings we had obtained from the employment of a new SLT in a first post role at one of our targeted primary schools. The results were just too good to ignore.”

CMC has now extended the SLT provision to a further two local schools and commissioned the Manchester Metropolitan study.

Kevin said: “Children arriving at nursery aged three unable to speak puts them well behind the curve educationally. Their consequent disengagement from education has consequences not only for their own education but also for that of all the children around them throughout their school careers.

“The key is how to address this. Our model is designed to create a cost-effective platform whereby the synergies between education professionals and the health-orientated profession of SLT might be better exploited.”

Kevin adds: “We recognise that there is presently no career path within education for SLT professionals so that long term the model is not sustainable but by offering the option of a professionally supported two-year first posting in nursery to new SLT graduates we may be able unlock this to everyone’s benefit.

“We are 12 months in and reports are more than a little encouraging. One of the serendipities is the as-yet anecdotal evidence that NHS referrals of children with ‘clinical’ speech and language difficulties have fallen significantly as these are now dealt with on site.”

The trial will conclude in July 2017 with publication of the results of the study in early 2018.