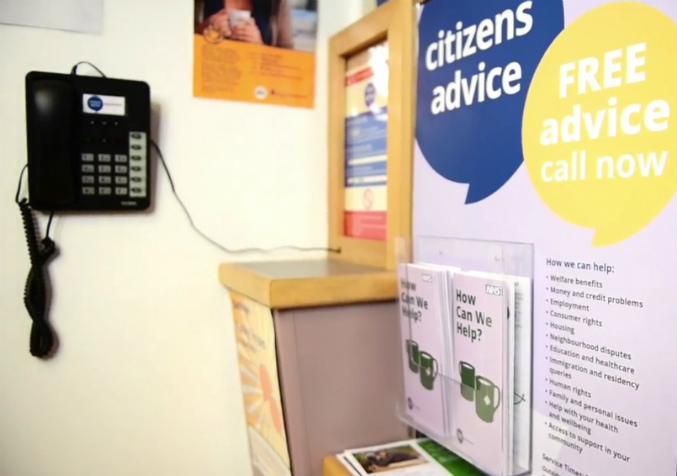 Dedicated phone lines that put patients straight through to a CitizensAdvice worker are now available in almost half of Manchester’s GP surgeries.

The move – which started initially as a test project in late 2016 – is designed to help those people whose visit to the doctor is linked to other social or living issues, such as debt, benefits or heating, which could also be having an impact on their health or wellbeing.

To date more than 80% of patients who have used the advice service said these type of issues had been affecting their health. Evaluation also showed that half the calls were related to benefits questions or advice.

Prior national research from Citizens Advice also found that 8 out of 10 GPs felt that they didn’t have enough time to focus on clinical care in appointments because they were being asked to help with other tasks such as writing up debt plans or helping to fill in benefits forms.

Now, in Manchester, a patient who needs this type of help will be told by the GP about the telephone service so that they can use it after the consultation and be put straight through to an adviser for confidential help. Alternatively, for patients who may not be confident about making that initial call, the GP can also refer the patient straight into the Manchester arm of Citizens Advice so that he or she receives a call back.

The project and associated staffing – which will run for four years and has been funded by Manchester Health and Care Commissioning* – has led to phones being installed in 33 of Manchester’s surgeries and will spread coverage across the Manchester area.

Independent evaluation of the project shows that around a third of the clients using the service had multiple issues for which they required support. In most instances the issues were resolved quickly – with almost 65% being resolved in one phone call.

Rosi Avis, Citizens Advice project lead for Manchester, said: “We know that GPs need to use that ten-minute appointment as effectively as possible – and very often helping with social issues can also help the medical ones too.

“For example, there was a patient who went to see her GP with frostbite in her fingers. The GP could address those medical problems – but the key issue was how she got frostbite at home in the first place. This all happened during the ‘Beast from the East’ cold spell and it transpired that the patient was in debt and didn’t want to put the heating on.

“Our debt advice team were able to help sort payment plans and write off at least two of the debts for the patient, who was then confident to put the heating on at home. It also helped put the patient in control by explaining all the different options available to meet her own needs.

“This is the sort of example that shows how combining practical advice with medical care can give broader and better result for the patient.”

Dr Umar Tahir, a practice GP at Manchester Medical in Moss Side, which has one of the dedicated phone lines, said: “As doctors we know there is no separation between what’s going on in people’s lives and how that can affect their mental and physical health. All too often, anxiety-related conditions are caused by or exacerbated by the need for practical help for concerns related to benefits or other worries. Practical advice combined with medical care is more holistic approach for the patient and their families.”

“We wanted to help others in future” – mum of baby who took part...