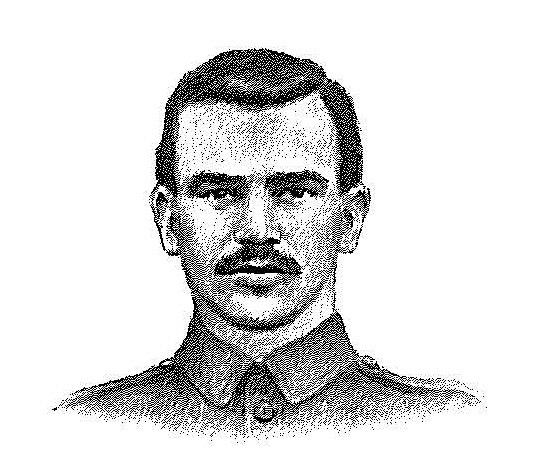 A poignant ceremony will see a children’s library re-named after a World War One hero who won the highest military honour for his bravery.

Private William Kenealy won the Victoria Cross during the Battle of Gallipoli on 25th April 1915 and was one of the iconic ‘six Victoria Crosses won before breakfast’ at Gallipoli, which also included another Wigan soldier Lieutenant-Colonel John Grimshaw.

Private Kenealy was born in Ireland but moved at a young age to Ashton-in-Makerfield near Wigan and his father worked at Bryn Hall Colliery.

As part of its commemorations to mark the centenary of World War One, Wigan Council has worked with members of the Kenealy family, who still live locally, to re-name the children’s library at Ashton the ‘William Kenealy VC Children’s Library’.

A glass partition with artwork illustrating the new library name and Private Kenealy’s story is to be unveiled at the library at 10am on Wednesday 13th May.

A commemorative flagstone from the Government will also be installed at the library to honour Private Kenealy.

Members of the Kenealy family will join civic representatives and Colonel Mike Glover from the Lancashire Fusiliers at Ashton Library for the official opening. Members of the public are welcome to attend.

Councillor Paul Kenny, Wigan Council’s lead member for the armed forces, said: “This is an important event to recognise the bravery of a true hero of World War One.

“Private Kenealy grew up in Ashton so it is fitting that we honour him in this way, ensuring that future generations remember his name and the service he gave for his country.”

Private Kenealy joined the Lancashire Fusiliers aged 23 and won his Victoria Cross five years later after crawling on his belly under heavy machine gun fire to cut through a barrier of unbroken wire which had held up his company and returned unscathed.

He had previously completed service as a runner, delivering messages between positions under heavy enemy fire.

He said: “The whole family is very proud to have the children’s library named after my great-uncle.

“It is a wonderful honour that his name will live on in this way and especially pleasing that children will learn about his achievements as well as the sacrifices given by so many during the war.

“We are grateful to Wigan Council for their determination to honour William’s name and the other Victoria Cross winners from World War One in a significant way.”

Shortly after the Gallipoli Landing Private Kenealy was promoted to corporal and then lance-sergeant.

He was seriously wounded in action on 28th June 1915 and died the next day. He is buried at the Lancashire Landing Cemetery, Gallipoli Peninsula.

The library is the second event to commemorate the sacrifice of Wigan Borough’s four winners of the Victoria Cross in World War One.

Last year it was announced Wilkinson Park Drive in Bickershaw was to be named after Private Alfred Wilkinson VC.