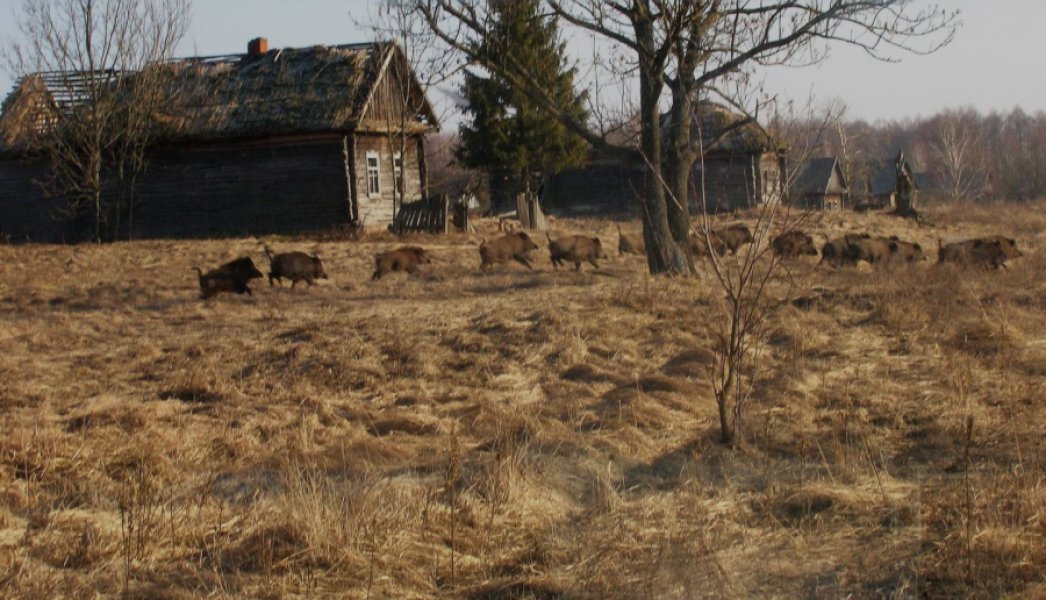 It’s almost 30 years since the Chernobyl disaster (26th April 1986), and Manchester is marking the anniversary this month with a special free event that uses Virtual Reality to take people into the heart of the affected area, in a way that would never be possible in real life.

Researchers at Salford University have discovered that wild animals in the region are actually booming, with population numbers spiralling – mainly because there are no people to hunt them.

THE PEOPLE disappeared – but what happened to the animals after the world’s worst nuclear accident in Chernobyl 30 years ago this month?

A virtual reality experience about the impact on wildlife of the disaster in the former Soviet Union is being held at the Museum of Science and Industry in Manchester on April 23 and 24.

Alienated Life tells the story of the animals – elk, moose, wolves, bears, birds and horses, which not only survived the nuclear fallout but actually thrived in its aftermath. It presents film, photography and scientific data from the radioactive zone through an immersive virtual reality experience, ‘transporting’ visitors to the zone with Oculus Rift technology.

In the early hours of Saturday 26th April 1986, an explosion at Reactor 4 of the Chernobyl Nuclear Power Plant released unprecedented quantities of radioactive material into the environment. More than 116,000 people were evacuated from an area the size of Northumbria.

But what about the animals?

Dr Mike Wood, a Reader in Applied Ecology at the University of Salford, who returned from the Ukraine/Byelorussia border this week, said: “This is a story about the astonishing resilience of nature. Alienated Life at MSI allows people through virtual reality to ‘visit’ the ‘exclusion zone for themselves.

“What they see is not a barren, post-apocalyptic landscape but one of the few places on the planet that is getting wilder and more diverse.”

One of Mike’s collaborators, Jim Smith, recently published data that show roe deer numbers increased by about 10 times by 1996, with wolf populations around seven times higher in the zone than in other comparable areas. Experts say that’s at least in part down to the fact that nobody is hunting them.

Added Dr Wood: “Scientists have long suspected that that the impact of radiation on wildlife within the exclusion zone is much less than the impact of humans, through forestry, agriculture and construction. This exhibition begins to explain why in a very visual and engaging way.”

The Museum of Science & Industry’s purpose built Pi: Platform for Investigation offers visitors both young and old alike the opportunity to discover, marvel and explore the joys and the magic of the science all around us.

Launched in 2014 and continuing monthly, the Pi: Platform for Investigation offers free, drop in creative workshops led by leading scientists, artists, technologists and researchers. Each month they take to the platform to share their discoveries on a different theme – offering visitors a hands-on and creative learning experience.