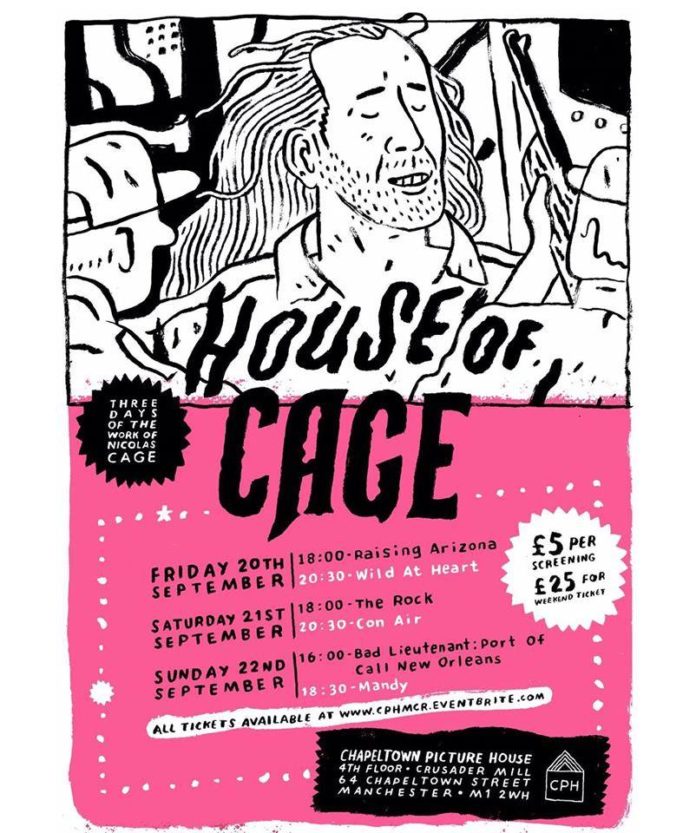 Manchester’s only cinema dedicated to classic films is putting on it’s first mini film festival dedicated entirely to the work of Nicolas Cage.

Kicking off Friday at 6pm with the Coen Brothers’ comedy Raising Arizona quickly followed at 8pm by David Lynch’s Wild At Heart, Saturday sees a nineties action movie double bill with Con Air & The Rock on the big screen then things get weird on Sunday with Bad Lieutenant: Port Of Call New Orleans showing and the weekend being wrapped up with uber strange horror movie Mandy. As is standard at Chapeltown Picture House a fine selection of craft beers from Squawk Brewing Co. will be available alongside a full bar and freshly popped popcorn to enjoy during the movies.

Can Manchester get at least 100 new creative ideas off the ground before the...