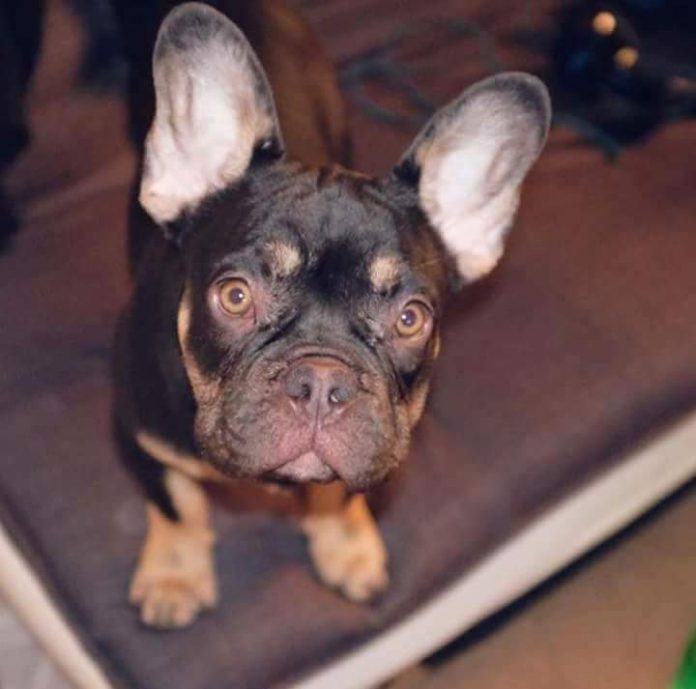 A Chadderton family have been left heartbroken after their French Bulldog was stolen this weekend.

Two men broke into the property on Maine Road around 6.00am on Saturday morning by smashing a rear patio door and went upstairs where the homeowners were both asleep.

One was awoken when the offender put a knife to his throat and demanded money.

The offenders ransacked the home for things to steal and then assaulted both men, leaving one with a serious injury that required hospital treatment.

Before leaving with the items they’d already taken, these offenders stole the family’s French Bulldog.

The offenders are described as white men, between 20-25 years old, of a slim to medium build.

Detective Chief Inspector James Faulkner of GMP’s Oldham borough, said: “This is a staggering level of violence used on two people who were sleeping in the safety of their own home.

“To take possessions and money is one thing, but to break in, assault a sleeping couple and then steal their beloved dog, is truly horrific.

“There will be extra patrols in the area over the coming days and I’d encourage anyone with concerns to raise them directly with the officers.

“If you heard anything suspicious or saw two men that stood out on Saturday morning around this area, please

23 year old charged with death by dangerous driving for hit and run which...