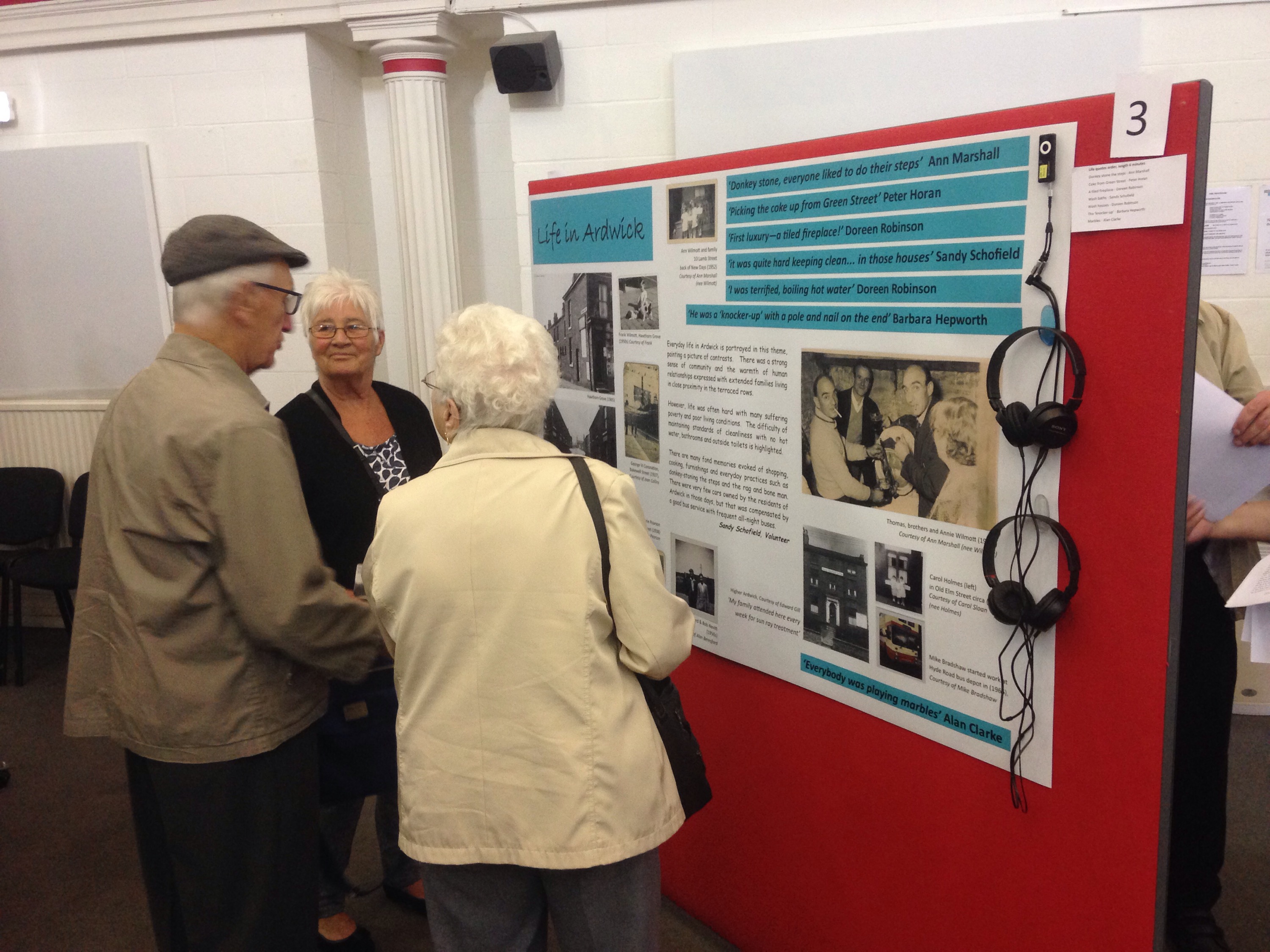 Ardwick’s has a rich cultural heritage, arguably the world’s first suburb, a fashionable place to live for the wealthy of the industrial revolution and later a thriving centre for entertainment.

Bombed during the blitz and cleared during the 1960’s an Heritage project based at the St Thomas Centre has spent the last two years capturing those moments in history and created a Time Capsule for the Area.

Ardwick’s heritage was one of seven community projects supported by the Creating Our Future Histories programme with the Greater Manchester Centre for Voluntary Organisation acting as a Heritage Hub at the former St Thomas’s church.

This week they hosted an event which brought together all their research and put on show for the local community.

In particular the stories of the 1930’s-1970’s have revealed that though times were hard, it was still a great childhood with kids playing in the alleys and the park, going to the ABC cinema and shows at the Hippodrome, tea parties at the church, Whit Walks and choirs.

The local shops, particularly those that lined Stockport Road were fondly remembered, supplying everything from cream cakes to pram repairs and tripe. While supplies were severely limited during the war, the project heard of the terrifying air raids and women finding new work as their husbands went to war.

Sadly for some the fun didn’t last with the 1960’s slum clearances dispersing people across Manchester and beyond.