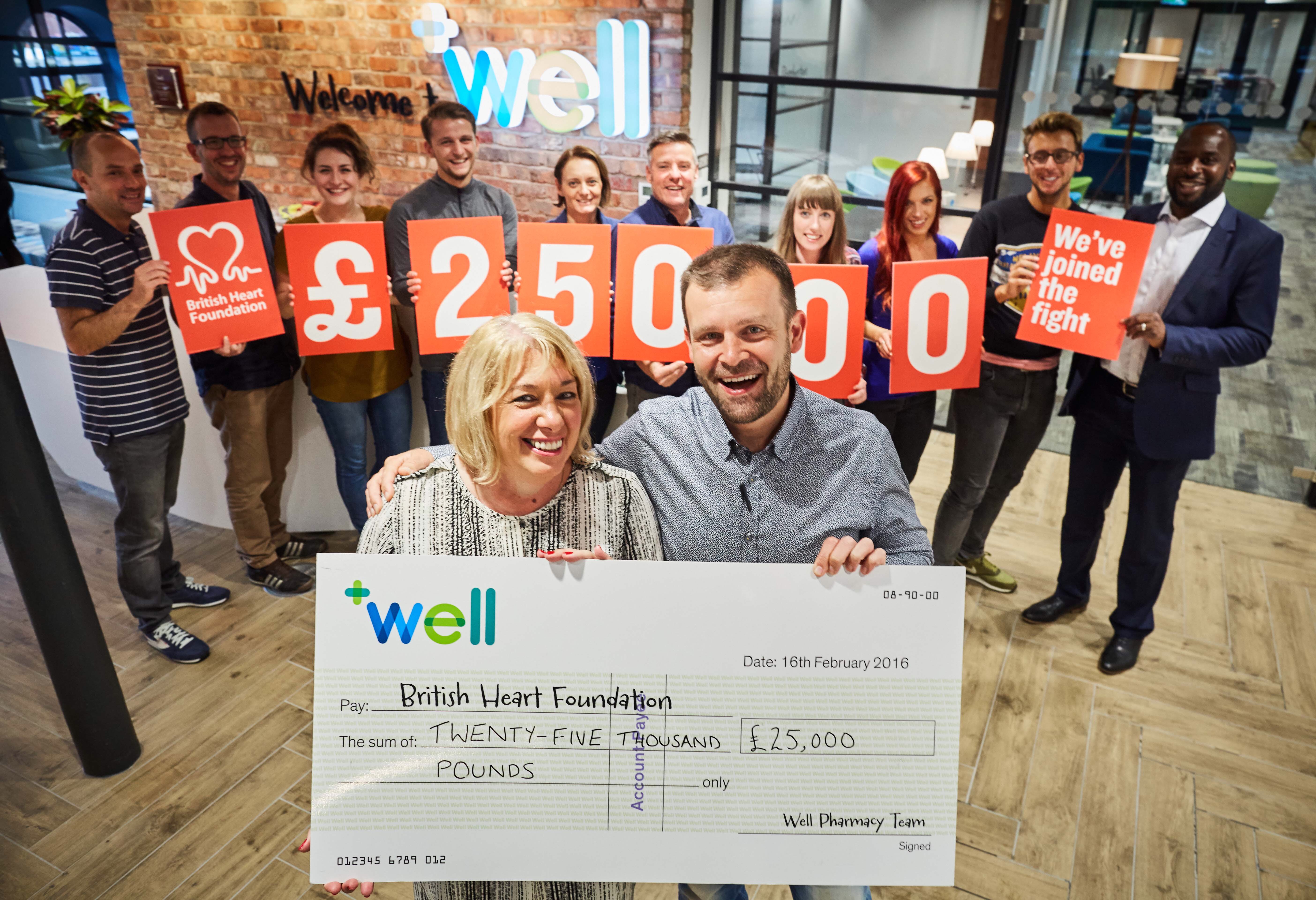 Colleagues at Well, the pharmacy chain HQ based in Castlefield, Manchester, are still feeling on top of the world after completing the epic Three Peaks Challenge, raising more than £25,000 for the British Heart Foundation (BHF).

Twenty-six colleagues across Well braved the impressive twenty-six mile challenge, which sees thousands of climbers hike three of the UK’s highest peaks in 24 hours, including Snowdon in Wales (1085m), Scafell Pike in England (978m) and Ben Nevis in Scotland (1345m). The endeavour took place on the 24th and 25th of June, to raise money and awareness for the BHF’s ‘Nation of Lifesavers’ campaign.

More than 30,000 cardiac arrests happen out of hospital each year in the UK, with a survival rate of less than one in ten. The BHF’s ‘Nation of Lifesavers’ initiative aims to significantly improve the survival rates of those affected by a cardiac arrest, by ensuring that all young people are taught CPR skills and defibrillator awareness in secondary school.

Commencing its ongoing support for the campaign, Well colleagues achieved above and beyond their £10,000 target, raising an impressive £25,000 for the BHF.

Speaking at today’s official presentation of the cheque to the BHF, Well’s Chief Operating Officer Tim Davies, said: “On behalf of all the team at Well – and my fellow team of intrepid mountaineers – it is our great pleasure and honour to raise money for such an important cause. Our team of dedicated pharmacists and store support across the UK, know all too well the life-changing impact of cardiac arrests and remain firmly committed to do all we can to offer our support to help educate, protect and prevent against this.”

Michelle Bailey, BHF Area Manager for the North West, said: “We are delighted and thankful to receive such an incredibly generous and hard-earned donation from the team at Well. Having the support of the community makes a world of difference and we’re so grateful to Well for going above and beyond. A cardiac arrest is the ultimate medical emergency. Every second counts, which is why it’s vital people are given the lifesaving skills they need to intervene. This amazing donation will bring us closer to achieving our goal of creating a Nation of Lifesavers and helping more people survive a cardiac arrest.”