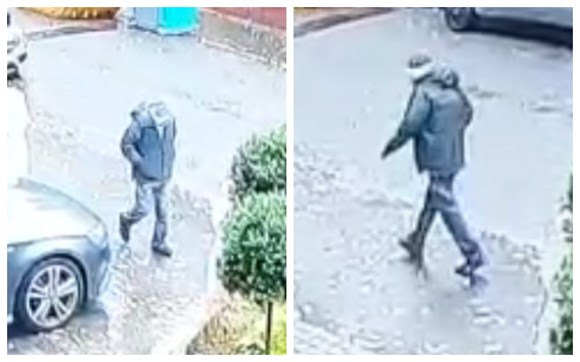 Detectives in Stockport want to speak to a person who may have come to the aid of a man before he was found unconscious in the street.

There are not believed to be any suspicious circumstances surrounding Mr Barker’s death but detectives are trying to piece together the circumstances immediately before he died.

Mr Barker was seen just before 2pm on York Road heading towards Brownsville Road – he was wearing a blue, hooded jumper under a black, hooded Addidas coat, blue jeans and dark trainers.

At 2.48pm, he is seen returning to York Road from Brownsville Road wearing the same clothes but with a white bandage wrapped around his head.

Detective Inspector Ian Wrench, of GMPs Stockport division, said: “In the time prior to his death it is believed someone has assisted Mr Barker with first aid.

“We would like to speak to that person to try and work out where Mr Barker went in that 50-minute period and what happened.

“In that window we believe he could have been anywhere in and around the Heaton Moor/Heaton Chapel/Levenshulme area.

“We would like to trace the person who may have administered first aid to Mr Barker and put the bandage on his head.”

Car finance changes could save customers £165m a year