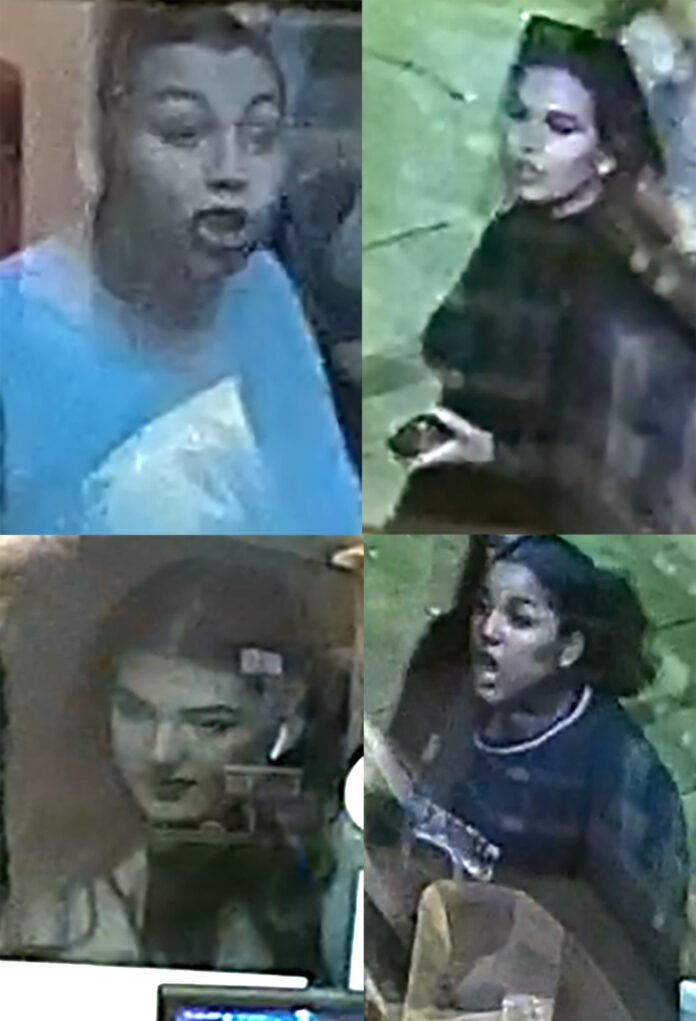 Police investigating an assault in Salford, where a woman was attacked with a wine bottle last summer, have released images of four women they wish to speak to in connection with the incident.

The inciodent happened around  4am on Saturday 1 August 2020, a woman in her 20s was approached by a group of four women – one of whom was brandishing a wine bottle – near the Shell petrol station on Regent Road.

The woman was attacked by the group, during which she was hit over the head with the bottle and suffered significant injuries that required hospital treatment.

Detectives have today released images of four women they wish to speak to as part of their enquiries, and encourage anyone with information to get in touch with police.

Detective Constable Craig Shannon, of GMP’s Swinton CID, said: “This was a brutal assault on an innocent woman in the early hours of the morning and we are keen to bring those responsible to justice.

“This incident occurred some months ago but we have been exhausting all available lines of enquiry ever since to establish the full circumstances of this incident and who was involved.

“We wish to speak to the four women pictured as part of our enquiries and I urge anyone with information about our identity to get in touch with us as we believe it will significantly aid our investigation.”

Information can be passed on anonymously by calling the independent charity Crimestoppers on 0800 555 111.