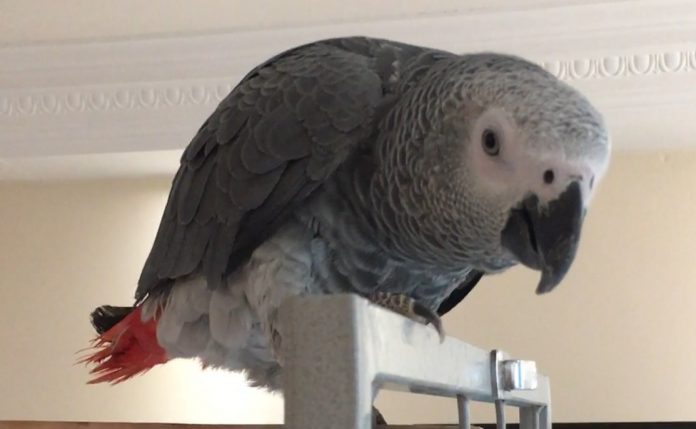 A cherished family parrot has been stolen by thieves from a garden centre in Ashton.

Police were called to Dunns Garden and Pet Centre, Whitelands, to reports of a burglary that is believed to have taken place between 5.45pm on Wednesday 14 June 2017 and 8am the following morning.

The assailants forced their way inside through a wooden wall before swiping Percy, a rare African grey parrot, that was being looked after for a family while they were on holiday.

Officers have now released images of the parrot and are appealing for the public’s help to trace him.

Police Constable Colin Douglass, of GMP’s Tameside borough, said: “This family have gone away on holiday only to return home to find their beloved pet taken from where it was being looked after.

“These men have taken nothing else from inside other than Percy and his family are understandably very upset that he has been stolen.

“We are now releasing an image of Percy and are appealing for the public’s help to find him and reunite him with his family.

“If you have seen or been offered a parrot that looks like Percy, or if you saw anything suspicious in the area around that time I would urge you to contact us so we can get him back home.”