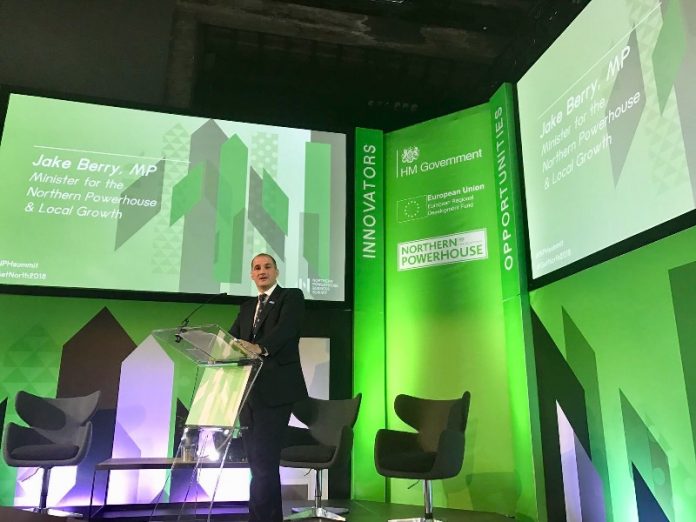 Is the Northern Powerhouse destined to be remembered as a slogan or a success story? The answer depends on what happens next. The idea has been around for a little over four years now, having been the political hobby horse of then-chancellor George Osborne and the brainchild of former Goldman Sachs economist Jim O’Neill.

Since then a number of academics, politicians and community leaders have put some meat on the bones and set out their vision for a northern economy that is more integrated. Now, the Government is trying to build on this groundwork and force progress with the Northern Powerhouse dream.

Establishing a Council for the North

A modern day ‘Council for the North’ has been unveiled by Northern Powerhouse Minister Jake Berry which will bring together the chairs of 11 different Local Enterprise Partnerships (LEPs). The LEPs are business-led partnerships involving local authorities with a focus on boosting their local economy.

The aim of this new group – officially called NP11 but more likely to be known by the catchier Council for the North name that mirrors a 15th century body established by Edward IV – is to pool the collective might of these business led bodies and act as one voice to address issues such as productivity and the north-south divide.

The group was unveiled as part of a three-day summit symbolically held on the site where Robert Stephenson designed his ‘Rocket’, the world’s first locomotive, as part of this summer’s Great Exhibition of the North.

“Together we will deliver a North of England which is an economic powerhouse and one which can proudly take its place on the world stage both now and as we leave the EU.”

The establishment of this group suggests the Government has listened to calls made by the IPPR North over a year ago – although it’s important to note that this is not the political decision making body envisaged by Ed Cox in a piece for City Metric last year and it remains to be seen if this new group has the power required to deliver real change.

Funding for start ups in the north

The summit saw Bank of England Governor Mark Carney lend his support to the scheme as the nation assesses how to cope with the challenges posed by Brexit.

A recent study by the Government-backed Start Up Loans Company showed that new businesses in the north attracted £10,532,792 of funding between January and September 2017. The north west attracted a bigger chunk of that cash – £6.46 million – but the numbers do show that London start ups still attracted £1.4 million funding in that same period.

The challenge for the Council for the North is the encourage more companies to come to the fore. While the figures for construction and new takeaways are strong, the north lags behind in the information and communication sectors.

Leaders believe that a powerful, united voice is needed to pool the potential of the north into one combined force.

The theory of ‘collective might’ is what underpins the whole Northern Powerhouse project. George Osborne noted, for example, that within a 40-mile radius of Manchester there are ten million people – a population bigger than that of Tokyo, New York or London – and two million graduates.

“Our country’s success is built on northern industry, innovation, and determination.”

The Council for the North project will be spearheaded by Roger Marsh OBE, the chairman of the Leeds City LEP.

He said: “By bringing together the private and public sectors, local enterprise partnerships are in a unique position to unite northern business and civic leaders behind a common goal of building a true northern economic powerhouse that brings prosperity to everyone who lives and works in the North, while also competing for the country globally.

“Our country’s success is built on northern industry, innovation, and determination.”

Christine Gaskell, who heads up the LEP in Cheshire and Warrington, will be vice chairman. She said: “To translate the Northern Powerhouse concept into increasing impact requires new types of conversations across the region and at the heart of this collaboration are common goals which transcend local interests. The NP11 will serve as a strong coherent regional voice with national government about the exciting potential of an innovation-led economy for the North.”

As the Yorkshire Post has noted, the Council for the North’s aims and ambitions don’t differ too much from those of the Northern Powerhouse Partnership, which was established in 2016, and both bodies will have to work closely together to avoid sending mixed messages to central Government. The point of such bodies, indeed, is to avoid a patchwork of conflicting messages coming from northern cities and regions.

Transport and investment key to success

So, what’s at the top of the agenda for the new Council for the North? A recent survey for the New Statesman’s Spotlight series quizzed more than 200 councillors from 83 different local authorities to gauge views on the Northern Powerhouse.

In terms of transport, however, the groundwork has been laid. Transport for the North is a new body that aims to deliver a 30-year strategy for the region – bringing together a more London-style level of connectivity that is currently lacking. There’s a general consensus that it takes far too long for people to travel the relatively small distances between the likes of Leeds, Manchester, Liverpool and Newcastle and Transport for the North has identified ways to address this, under the umbrella of Northern Powerhouse Rail. The Council for the North’s job will be to amplify its findings and fight for funding to deliver that dream. The recent rail chaos in the north will have only have served to strengthen the case for a better system.

The Council for the North’s job is also a political one. Brexit might well be dominating the national agenda but, as the summit showed, it also makes the need for investment in the north even more acute. Having a strong business voice will be important to gain attention and focus on this. NP11 needs to be a forceful voice that strikes the right balance – working with the Government to gain investment but being prepared to challenge and be critical where necessary.

There’s also a need for some tangible results. After four years of talk, businesses, council leaders and residents alike want proof that there’s more than rhetoric behind the Northern Powerhouse. The groundwork is in place, now it’s time to build some foundations for the future.