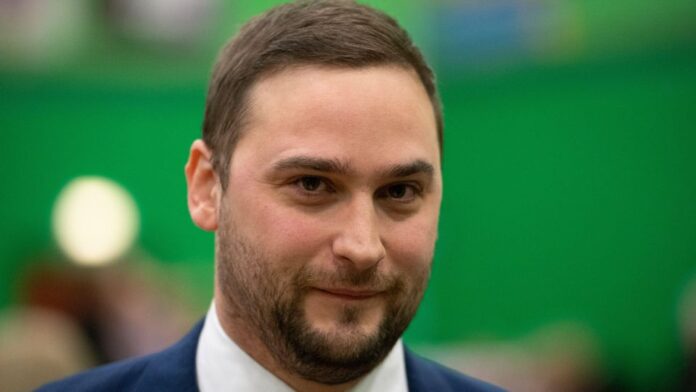 The MP for Bury South has told a debate in Westminster on anti semitism and other racism in sport  of hearing reports of junior Jewish football players being being hissed at by players on the opposite side, replicating the noise of the gas chambers.

Labour MP Christian Wakeford told a debate at Westminster Hall yesterday that there is a growing trend of Jews attending games hoping to see their team defend with vigour, but instead finding themselves defending their children from racist vitriol. However, this is news to no one.

He added that “Everyone knows that antisemitism has haunted the stands of British football for far too long. Antisemitism seems to be a common feature of the sport. While some clubs have shown an increasing commitment to stamping out prejudice and discrimination in their clubs through the adoption of the IHRA definition, as well as Chelsea’s “Say No to Antisemitism” campaign, it seems to have had little traction as of yet.”

In the most shocking part of his speech he said

“Even at grassroot and junior football, I have heard local reports from Maccabi of their Jewish players—some only seven years of age—being hissed at by players on the opposite side, replicating the noise of the gas chambers. I am sure that we can all agree that is truly shameful, shocking and abhorrent.” adding that

“2Sport provides an opportunity to create new friends and be part of a community, and it teaches young people how to co-exist in diverse politics. Sports is an incredibly powerful tool. Football, in particular, reflects society, and that is why I am concerned to see examples of antisemitism during the local elections this year from Conservative candidates in my own area of Bury because, again, antisemitism needs to be rooted out from our stands, society and politics. There is no time or place for it; it has to stop.”

“According to a FIFA report, more than half the players in the most recent Euro 2020 and Africa Cup of Nations finals were abused online before, during and after the game. We remember today the appalling reaction from some England fans to England’s loss in the Euro finals and the racist targeting of Bukayo Saka, Marcus Rashford and Jadon Sancho. We still have a lot to do.”

Hundreds of new jobs will be created in Manchester as Government announces new...

‘Murder on the Streets’ – work of Greater Manchester’s Major Incident Team revealed in...