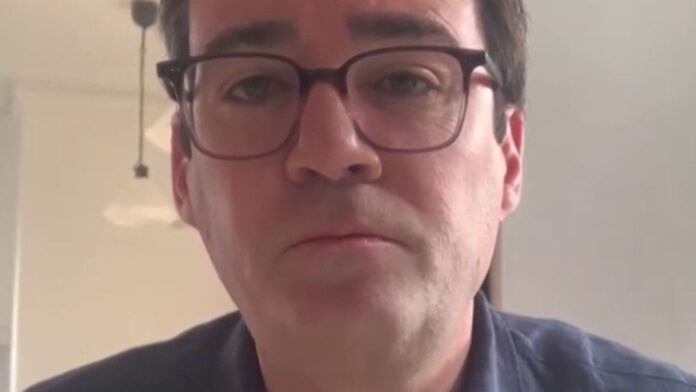 Schapps appeared to take a dig at the Mayor whilke being interviewed on Sky News this morning by saying that getting into individual negotiations with different areas delayed the start of the Tier system and that was one of the reasons why the country didn’t get on top of the infection rates as quickly as possible.

“Can’t we just agree there was a difference of opinion, it was resolved and now we all must look forward to getting things right going forward.

He siad that the ‘ comments were “not true”, adding: “If you go back to those negotiations with the government, we were left waiting over a whole weekend – myself and the 10 leaders of Greater Manchester – while the government walked away.

“They need to get their facts right.”We wouldn’t have been in that position had the government listened to SAGE  back in September and brought forward the national circuit breaker much earlier.

The Mayor later pointed out that the disagreement over placing the region into Tiwr 3 was to do with the fact it was unfair to give the low-paid 67% of their wages, that the self-employed couldn’t be left without support and that Tier 3 in its original form wasn’t certain to work.All issues which he says were later agreed by the Government

The Sun King and Holy War