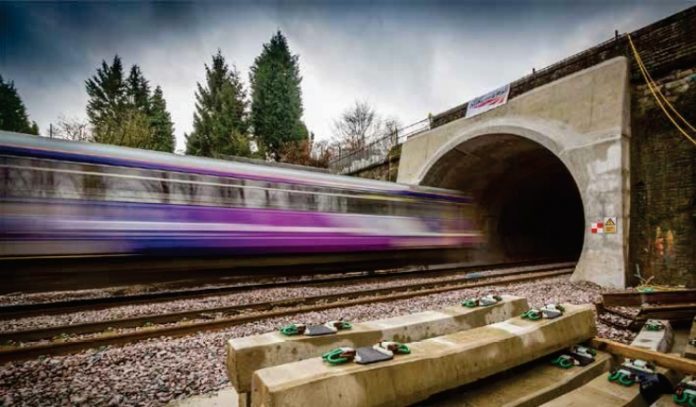 Northern Powerhouse Minister Jake Berry and Mayor of Greater Manchester Andy Burnham went head to head in a debate about public transport in the North of England during a live episode of Inside Out last night .

Speaking on a panel as part of a transport-themed episode of the current affairs series Inside Out, Mr Berry called for money from rail fares in the North to be reinvested in Transport for the North in a similar way to Transport for London:

“What is required is for Northern leaders, including metro mayors, to volunteer to use the fare box from things like the tram in Manchester to then borrow money to invest across the North in a strategic way.

“I’m not suggesting for one moment that it’s the North who pays for it on their own, but a great first step if you want to mirror the powers of Transport for London is for the fare revenues of transport across the North of England to be invested back in northern transport.”

“You can’t say that it is for the North of England to pay for this. We just don’t have the money to make the investment in the North that is needed. It was the government that promised the North a Northern Powerhouse and it’s time that they delivered it.”

Mr Berry and other ministers have apologised for the travel chaos that has affected railways across the North over the last few months:

“I have heard myself and other ministers say sorry for the disruption but what I haven’t heard is representatives from Transport for the North, who were on that joint delivery committee, say sorry and apologise for their part in this disruption.”

Jake Berry challenged Andy Burnham to apologise for his involvement to which Mr Burnham replied: “I didn’t design the timetable.  I am not responsible for running the railways. I’m trying to take responsibility to sort things out but we have a situation where this is a partnership with the government and the government didn’t turn up to our last meeting of Transport for the North so we can’t take the decisions that the North needs to get things back on track.

“We need a solution from Mr Grayling. He needs to work with Transport for the North to find a solution. I would say that is to bring in a trouble-shooter who can bang heads together and get services back on track.”

Mr Berry and Mr Burnham were speaking as part of a special transport-themed episode of Inside Out which was broadcast yesterday live from The National Railway Museum in York.

The programme was broadcast in all three BBC regions in the North (BBC North West, BBC Yorkshire and Lincolnshire, and BBC North East and Cumbria)and was the first time that the BBC’s northern regions have combined to broadcast a live episode of Inside Out.

The programme also included an exclusive interview with Transport Secretary Chris Grayling who admitted there had been “teething problems” on the new electrified East Coast line. As part of the programme, the three Inside Out presenters travelled from Liverpool to Newcastle by car, rail and plane to put transport in the North to the test.

Each of the presenters travelled via different methods of transport to establish which route is the quickest and easiest. They each experienced delays and problems along the way but Chris Jackson’s flight – even though he had to fly via Belfast – was the quickest route taking 4 hours and 31 mins with the train coming in second (4 hours and 35 mins) and the road being the slowest route (4 hours and 36mins).