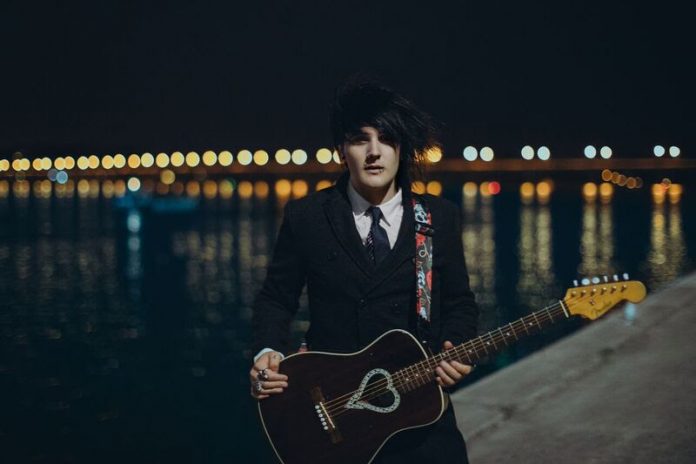 Following two United States tours in support of last year’s Blessed Are Those release, SayWeCanFly will return to Europe for shows in UK including the Manchester Academy on the 23rd November as well as dates in London, Germany, France, Netherlands and Belgium with BRY.

“I’m always super happy to find out I’ll be heading overseas,” said SayWeCanFly’s Braden Barrie.  “It’ll be a nice change after being at home working on my new record to actually get out and play some shows again. This year has been a crazy one… lots of life lessons and a ton of adventuring and I’m really thankful I get to spend the end of it in some of my favourite countries. I’ll definitely be playing some new songs at these shows, and may even throw in some of the new electronic music I’m working on.”

“Bry is one of my favourite artists. I’ve wanted to tour with him for quite some time, so when I opened my email to see that he had asked me to join I was really stoked. It’ll also be my first support tour over in the UK / Europe.”

Barrie has taken SayWeCanFly from his native Toronto to throughout the United States and Europe numerous times since the release of Between The Roses, Darling, and Blessed Are Those.

The young singer/song writer bares his soul in his music, creating a connection with fans that goes beyond the average musician-fan relationship. Barrie’s enormous social media presence has introduced droves of young listeners to his music, while his personal interaction has turned them into lifelong fans.

There will be 10 limited VIP slots available for each show, where fans can spend time with SayWeCanFly beyond the usual meet and greet format.

“It’s just an option for anyone who wants some extra time to hangout & hear some acoustic songs before the show, states Barrie.  “Either way though,

I will be hanging out at the end to talk and meet everyone as usual. Really looking forward to playing in front of new faces and of course seeing friends I’ve made over the years at past shows.”