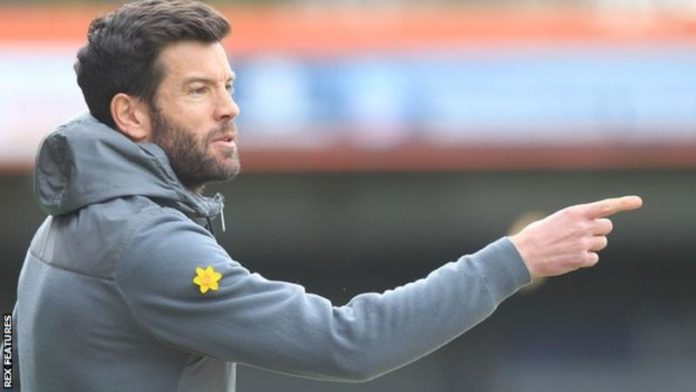 Brian Barry-Murphy has been appointed as the Club’s new first team manager on a two-year contract.

Barry-Murphy has taken charge of first team affairs since the departure of Keith Hill and Chris Beech last month, securing an impressive eight points from an available 12 whilst at the helm, with the team having won two and drawn two under his stewardship.

The 40-year-old, who initially joined Dale as a player, has been at the Club since 2010, and has been part of the coaching staff since the 2013/14 season.

He will continue to be aided by Lee Riley, while Tony Ellis will remain in his dual role of Academy Manager and First Team Matchday Observational Coach. Steve Collis, Callum Jones, Ross Jones and Andy Thorpe remain a strong part of Barry-Murphy’s backroom staff.

“He is young, hungry for success and extremely talented. Brian is held in the highest regard by everyone at RAFC and in the wider football business. As a Club, we have been overwhelmed by the number of calls that we have received from people within the industry who have had nothing but the highest praise for him.