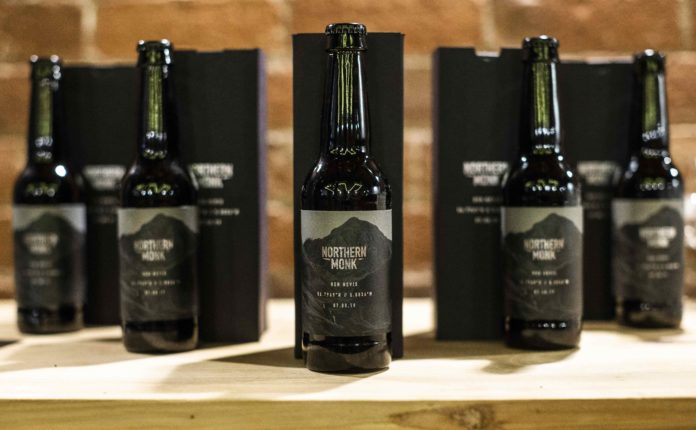 The UK’s most expensive bottle of beer was launched this week, selling for £1000 per 330ml bottle.

There is more to the beer than its price tag, however. Developed by independent brewery Northern Monk, the beer was brewed at the summit of the UK’s highest peak, Ben Nevis, making it the highest altitude brew in British history.

Four of ‘The Monks’ hiked the peak in gruelling conditions back in August, carrying 90KG of equipment for the 4,000ft climb. The 11% ABV Barrel-Aged Imperial Stout is made from ingredients foraged from the mountain itself, including blaeberries and the famous ‘Dew of Ben Nevis’ water.

Once carried down from the mountain, the brew spent 2 months ageing in a whisky barrel donated by the Ben Nevis Whisky Distillery in Fort William.

As well as the opportunity to own a unique and limited edition product, there is an added incentive for anyone looking to purchase one of only 150 bottles available.

All proceeds taken from the sale of the Ben Nevis beer will be donated to the For the North Foundation, a grant scheme created by Northern Monk back in September which dedicates all funding to projects that are ‘designed to benefit the North, its people and its communities’.

The first bottles of the Ben Nevis beer were auctioned off at an event at the Northern Monk Refectory in Manchester on Thursday 07/11, alongside an exclusive screening of a 20-minute documentary of the climb. More than £7000 was raised on the night ensuring funding for the first project.

Northern Monk Founder and one of the Monks tasked with completing the high-altitude brew, Russell Bisset said, “This has been a groundbreaking project to be a part of. When we launched the For the North Foundation, our intention was to create pieces of high-impact activity that will raise awareness and encourage donations. Brewing the UK’s highest altitude beer at the summit of Ben Nevis seemed like a pretty good place to start! To have raised over £7000 for the Foundation at our very first fundraising event is incredible.

“Since we launched the Foundation mid-September, we’ve received grant applications from so many thoroughly deserving causes, and we’d like to thank everybody that’s donated funds so far for their generosity and support. Together we’re going to be able to make a real difference to our communities, and our environment. We’ll be announcing the first recipient of our first For the North Foundation grant before the end of November.”

To find out more about the For the North Foundation and learn how to purchase a bottle of the Ben Nevis beer click here.