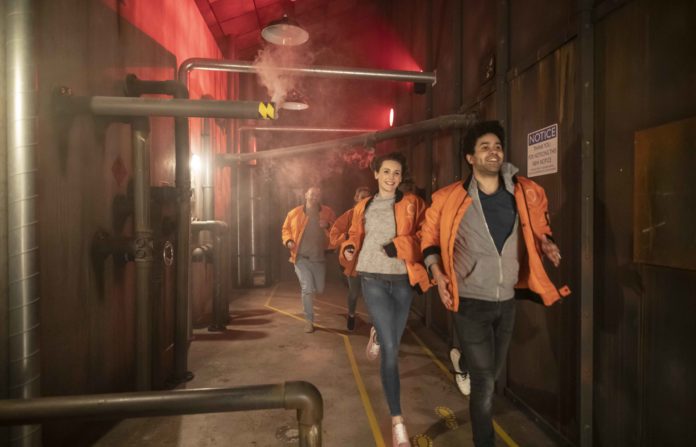 The new additions represent the largest investment into the Manchester-based attraction since its opening in 2017, in which time 6 million tickets have been collected in the dome, and the new game promise to delight, excite, and intrigue fans.

The unveiling of the all-new games also marks the beginning of the celebration of 30 years since the start of the craze that is the Crystal Maze.

Originally a popular TV show in the 1990s, The Crystal Maze has held a firm place in the hearts of die-hard fans for 30 years and inspired the award-winning live experiences.

Some of the new games starting in the Medieval zone, visitors can experience Crossbow Castle – the ultimate new skills-based challenge where you have to be a crack shot to release the crystal from the castle.

By using their mathematical prowess, players will also have the chance to attempt Crack The Safe, a mental-based challenge in the Industrial zone.

Hoopla, Eggy Swamp and Basketball are brand new additions to the Aztec zone, where it takes 4.5 tonnes of sand to fill.

In the Futuristic zone Lab Accident is a new mystery game. A radiation leak in the space laboratory has ruined years of research and killed the head scientist, but not before he left a clue trail. Guests have to put the pieces back together to unlock the crystal in the room.

In addition to the 20 new games, 11 popular original challenges have been refreshed with brand new gameplay and scenic improvements, meaning there are now 31 new games to play in the four categories of Mental, Skill, Mystery and Physical challenges.

The brand new games took twelve months to design and install, and many were created in the Crystal Maze part of the Little Lion Laboratory, the creative studio where the a-maze-ing content is innovated, created, stress-tested and fabricated before launching live into the attractions themselves.