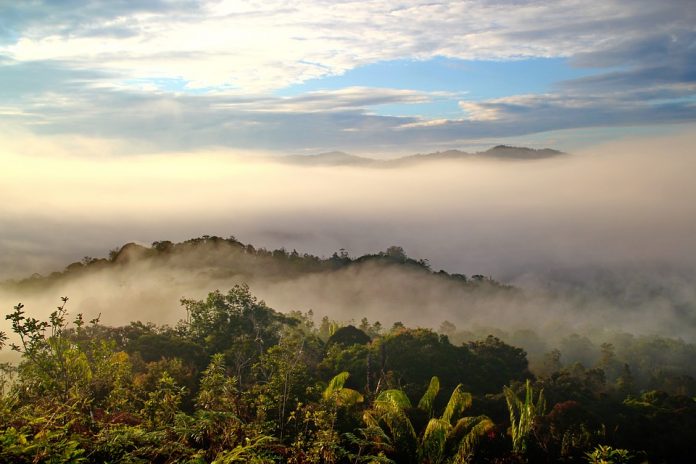 Tropical forests in Borneo provide a valuable service in fighting climate change by removing carbon dioxide from the atmosphere but this role is under threat, new research suggests.

The study, published in Nature Communications, shows that the trees in this Southeast Asian island have gained carbon over the past 50 years.

Findings are consistent with similar studies in the Amazon and tropical forests in Africa, with trees undertaking a vital role in removing carbon dioxide – a ‘carbon sink’ – and mitigating climate change and human activity.

However, they remain vulnerable to land-change use or drought, which can offset the carbon sink effect, as trees die.

Dr Francis Brearley, Senior Lecturer in Ecology at Manchester Metropolitan and part of the research team, said: “The research is important because it shows tropical forests provide a benefit for humanity in terms of securing CO2 from the atmosphere and storing it in the trees.

“However, we may be abusing that mechanism with the fragmentation of forests potentially causing a reduction in CO2 uptake or even a release. This means we need to think about halting fragmentation of forests, because the effect goes about a quarter of a mile back into the forest from its edge against, for example, an oil palm plantation”

The scientists collected data from 71 long-term plots in Borneo’s forests, monitored between 1958 and 2015.

They discovered that intact forests in Borneo have gained carbon in trees in the period between 1988 and 2010, with gains that are comparable to results from African and Amazonian forests.

They show, however, that this carbon sink is vulnerable to climate and land-use changes. For example, forest fragmentation due to human activity can produce carbon emissions, thereby offsetting the sink, and the 1997–1998 El Niño drought temporarily halted the carbon uptake due to increasing tree death.

These results add to evidence suggesting that while tropical forests can help mitigate climate change caused by human activities, their vulnerability to droughts and land-use change impacts their ability to do so.