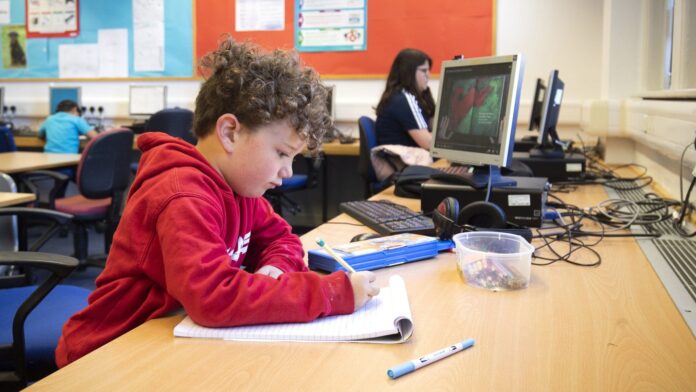 Prime Minister Boris Johnson has today made a direct appeal to parents to return their children to the classroom when schools reopen next week.

have previously spoken about the moral duty to reopen schools to all pupils safely, and I would like to thank the school staff who have spent the summer months making classrooms Covid-secure in preparation for a full return in September.

We have always been guided by our scientific and medical experts, and we now know far more about coronavirus than we did earlier this year.

As the Chief Medical Officer has said, the risk of contracting Covid-19 in school is very small and it is far more damaging for a child’s development and their health and well-being to be away from school any longer.

This is why it’s vitally important that we get our children back into the classroom to learn and to be with their friends. Nothing will have a greater effect on the life chances of our children than returning to school.

The infection fatality rate (proportion of those who are infected who die) for those aged 5 to 14 is estimated at 14 per million, lower than for most seasonal flu infections.

“We are confident that there is clear evidence of a very low rate of severe disease in children of primary and secondary school ages compared to adults, even if they catch COVID-19. The percentage of symptomatic cases requiring hospitalisation is estimated to be 0.1% for children aged 0 to 9 and 0.3% among those aged 10 to 19, compared to a hospitalisation rate of over 4% in the UK for the general population. Most of these children make a rapid recovery.”

“The NEU agrees with the Chief Medical officer about the benefits a return to full time education will have for children and young peoples education and well being.

“We believe that it is vital that the Government must take every step it can both to allow this wider re-opening and to keep the R rate below 1.

“Today’s report by PHE England shows that there were only a small number of outbreaks in schools after the partial wider opening in June, but as the report itself acknowledges there are limitations on the generalisability of its findings – both because there was little data from secondary schools and because in primary schools much smaller ‘bubble” sizes were possible in the summer.

“It is very important that such monitoring studies are maintained during the period of wider school opening.

“Schools and colleges are currently doing all they can to ensure their buildings are as COVID secure as possible, as well as dealing with the fallout from the exams fiasco.

“However school staff, parents and pupils are being sorely let down by Government because of a lack of a Plan B and of ensuring robust track trace and test is in place throughout the country.

“Schools and colleges need to know what should happen if an outbreak of the virus occurs in individual schools or more widely with either national, regional or local spikes. Government advice needs to cover the possible self-isolation of bubbles and, in extremis, moving to rotas or to more limited opening. It needs to cover advice to heads about the protections needed for staff in high risk categories if infection rates rise.

“Government should be employing more teachers and seeking extra teaching spaces to allow education to continue in a Covid secure manner if infections rise. This should include employment of student teachers who have finished their courses and not yet found jobs, as well as mobilisation of supply staff.”