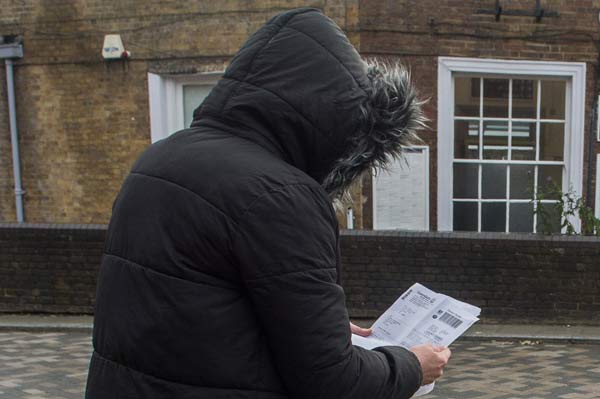 A ‘bombshell’ report and survey of nearly 1,200 Universal Credit claimants by the community section of the union, Unite, lays bare the misery of the scheme’s failed introduction with evidence of people becoming suicidal, going without food, being forced into debt and unable to pay bills.

The survey also points to kids losing out at school because of Universal Credit, with 27 per cent of respondents saying they had been unable to buy school uniforms or school equipment for their children, while just over a quarter said they could not afford school trips.

Elsewhere, the report and survey called Universal Credit: Not fit for Purpose, powerfully captures the catastrophic toll of Universal Credit on people’s lives and families with respondents’ comments, including:

“Since we were forced onto Universal Credit I’ve tried to commit suicide three times, me and my eight year old have had to spend a month living off crackers and tins or frozen veg in bowl.” Claimant one

“I can’t afford a new uniform for my youngest daughter. My middle daughter has had to skip meals at college and is behind on her A-levels because I can’t afford the textbooks she needs for her courses.” Claimant two

“The five weeks wait left me in rent arrears and my landlord served me with an eviction notice because of this.” Claimant three

Unite is calling for the government to stop and scrap Universal Credit. The report and survey, Universal Credit: Not Fit for Purpose was launched at a fringe meeting at Labour party conference yesterday.

Commenting Unite assistant general secretary with responsibility for Unite Community, Steve Turner said: “Universal Credit is causing untold misery and heartache for people across the country. Its failed introduction is leading to people becoming suicidal and going without food, or being forced into debt and unable to pay the bills.

“Universal Credit is not just an issue that affects people out of work. At the beginning of the year over 530,000 employed people were receiving Universal Credit in a ‘corporate welfare’ cash grab to top up poverty wages.

“The government needs to immediately scrap the five-week wait for Universal Credit which is pushing people into debt and benefit sanctions that are plunging people into the depths of despair.

“Ultimately, this cruel and flawed system which penalises families who are trying to make ends meet and keep a roof above their head must be scrapped and replaced with a humane system based on social solidarity and support that treats people with dignity.”

Tributes paid to Mancunian Virgin Radio Presenter, Pete Mitchell who has died at 62