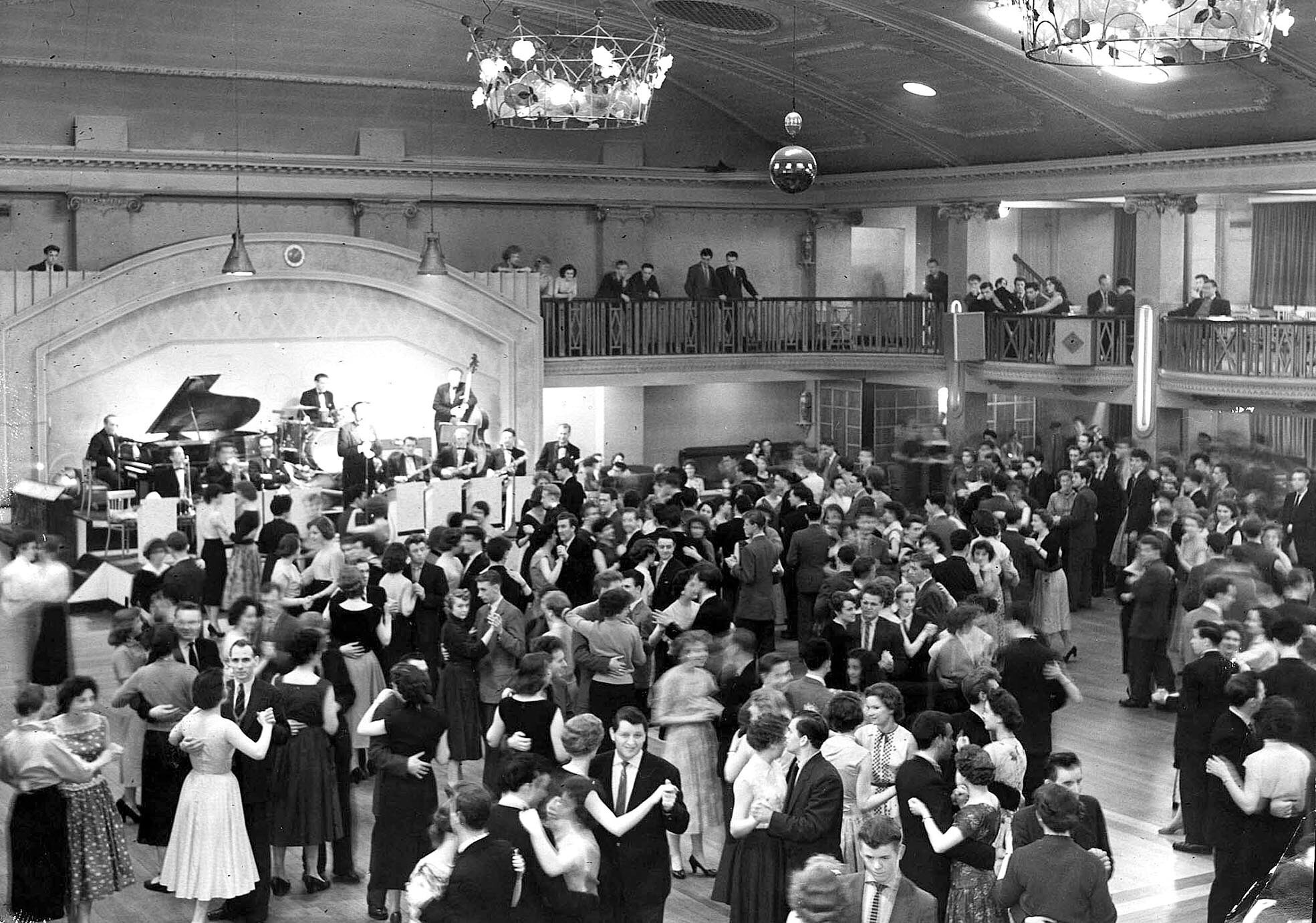 A new Television show starting this week will Focus on a Legendary Dance Hall in Bolton.

You make me feel like dancing, which begins on BBC2 on Tuesday will feature The Palais de Danse, a venue that once hosted Come Dancing, and was at the heart of Bolton’s social scene until it became a discotheque in the late 1970s.

The show will see renowned choreographer Jack Murphy who, throughout his 30 year career in film and theatre, has specialized in historical dance.

He’s taught Daniel Craig to jive and Emily Blunt to waltz and will now turn his attention to the people of Bolton, as he tries to revive the Dance Hall glory days when people up and down the country danced arm in arm in dance halls.

Jack, whose choreography credits include films Young Victoria, Vanity Fair and Bridget Jones, has a passion for social partner dancing. Jack believes a new generation are missing out on the social interaction the dance halls offered. Like thousands of other original dance hall patrons his parents met on the dance floor in the 1950s.

Jack will be tracking down some of the original patrons who last danced at the Palais in the late 1950s. To them the dance hall and what it stood for has been resigned to history but Jack wants them to help recreate the heyday. Jack hopes to throw open the doors to the Palais once more but a revival relies on a whole new generation of locals to learn the dance hall classics.

Can Jack get the people of Bolton to dance arm in arm and waltz, tango and jive once again? And if they get the moves will they stick to the dance hall etiquette of old, where women were asked to dance and booze was banned. Jack believes the act of dancing arm in arm beats a boozy night down the pub but will the Bolton lads n lasses agree?

Rachel Ashdown, BBC Commissioning Editor says: “Jack brings genuine passion, enthusiasm and expertise to the show and I’m looking forward to seeing how he plans to bring partner dancing back to the heart of a local community in one of the most iconic dance hall locations in the region.”

Jack Murphy adds: “It is an absolute privilege to be involved in Dance Hall Days for the BBC as it is deeply personal; my parents met in 1952 at a Dance Hall called Palais De Danse in Portstewart, Northern Ireland. This project gives me the wonderful opportunity to meet my parents before they met me!”

A woman who hurled racial abuse at a garage owner has been jailed alongside...