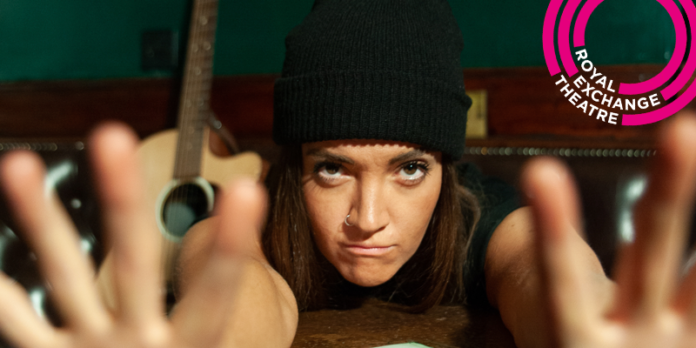 Written and performed by Lauryn Redding and directed by Joint Artistic Director Bryony Shanahan the show reopens the Royal Exchange Theatre 15months after it closed its doors.

This brand-new World Premiere is an uplifting, one-woman show about falling in love for the very first time. Bloody Elle is set to an original score, which Redding single-handedly builds into loops and layers of sound that make you feel like there’s a ten-piece band on stage, transporting the audience to a sweaty, packed out gig in the back of a pub or a 10,000 seat arena. It opens on 23 June and runs until 17 July.

Eve’s eyes are green like guacamole, she has posh-hair and a freckle on her chin (that Elle thinks might be chocolate) and when she puts her hand on Elle’s arm… This heart-warming and belly-achingly funny story is stuffed full of those stomach-flipping-time-stopping moments; a touch, a glance, a kiss, that everyone will recognise.

A Royal Exchange Theatre production in association with Rebel Productions.

Written and performed by Lauryn Redding

Pan-n-Ice Pop Up at Selfridges Trafford

Explore Science close up and hands on at MOSI