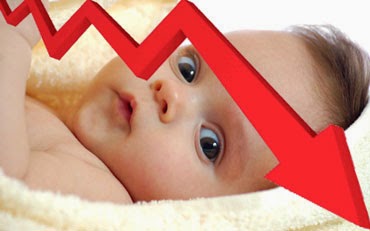 The birth rate has fallen to its lowest level in more than a decade years figures released this morning show as more couples are deferring the decision to have children or are having smaller families.

“Birth rates for live births have decreased for all women except those aged 40 years and over where the birth rate has continued to rise, following a trend seen for the last 40 years. Despite this, the proportion of women aged 40 years and over having a baby still remains below that seen in the 1940s.” said Nicola Haines for the ONS.