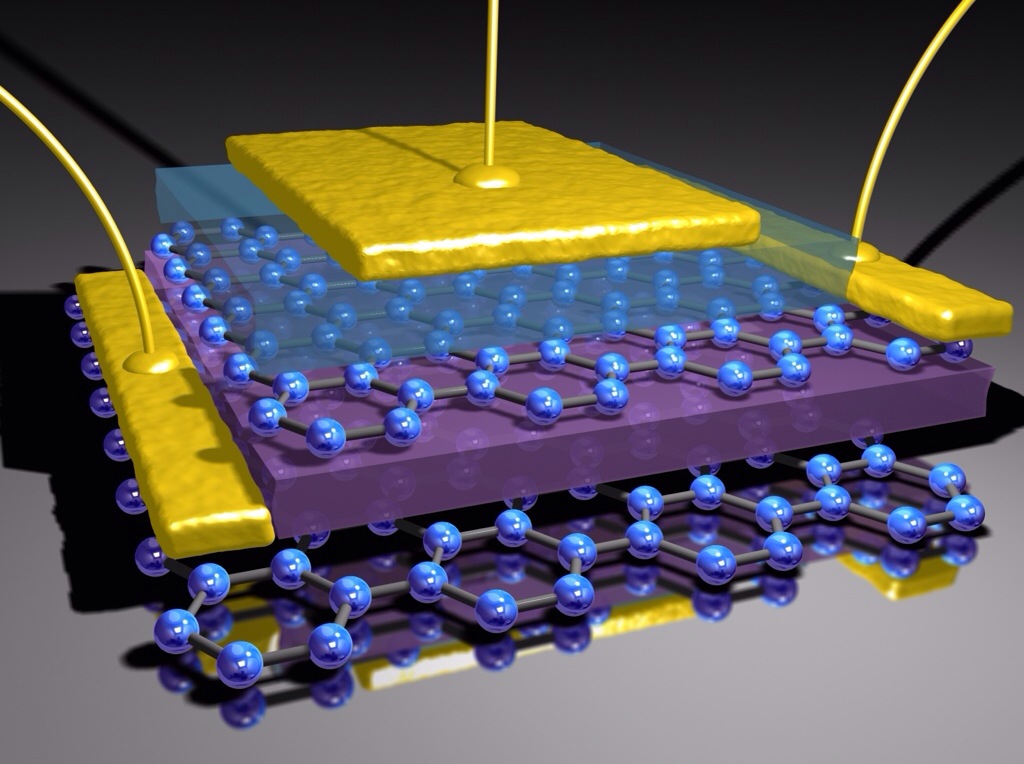 While graphene has an unrivalled set of superlatives, these crystals cover a large range of properties: from the most conductive to isolating, from transparent to optically active.

The next step is to combine several of these crystals in a 3D stack. This way, one can create ‘heterostructures’ with novel functionalities – capable of delivering applications as yet beyond the imagination of scientists and commercial partners.

Writing in Nature Physics, the scientists, led by Nobel Laureate Sir Kostya Novoselov, demonstrate that layers in such stacks can interact strongly, which helps the researchers learn how to control the properties of such heterostructures.

By controlling the relative orientation between graphene and underlying boron nitride – one of the 2D materials and an excellent insulator – the team can reconstruct the crystal structure of graphene. This leads to creation of local strains in graphene and even opening of a band-gap, which might be useful for the functionality of many electronic devices.

Professor Novoselov said: “Research on heterostructures is gaining momentum, and such possibilities for controlling the properties of heterostructures might become very useful for future applications.”

PhD student Colin Woods, the researcher who carried out the vast majority of the work, said: “It was extremely exciting to see that the properties of graphene can change so dramatically by simply twisting the two crystals only a fraction of a degree.

“Generally, the previous model used to describe the sort of interaction which has been observed in our experiments describes only the 1-dimensional case, but even there it produces very nontrivial solutions.

“We hope that our system will push the mathematical development of the model to two-dimensions, where even more exciting mathematics is to be expected.”

One of the nastiest and most unpleasant I have attended in 45 years says...