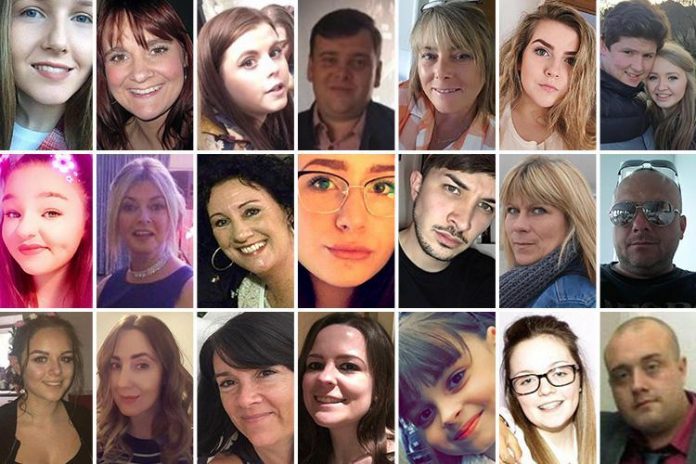 Manchester Cathedral’s bells will ring out 22 times to remember the victims of the Arena Bombing – despite restrictions caused by the coronavirus.

But this year the chimes will be a recording broadcast across the airwaves, as BBC Radio Manchester helps the city mark the sombre occasion while in lockdown. Restrictions mean the bells cannot be rung live this year.

The recording will be broadcast at 10.31pm this Friday, exactly three years since the attack happened.

The moment of remembrance will come during a special one-hour programme presented by legendary broadcaster Allan Beswick.

Kate Squire, managing editor of BBC Radio Manchester, said: “No one in Manchester will ever forget that night, it was a defining moment for our city and we want to remember and reflect appropriately with all our listeners both near and far.

“We will never forget those who died and those who were injured. BBC Radio Manchester is with people every step of the way.”

Earlier in the day Prayers led by Dean of Manchester Rogers Govender, which will include the names of the 22 people who lost their lives being read out, will take place at 9am and 4.30pm on Friday 22 May and be live-streamed at www.facebook.com/ManchesterCathedral/live.

During the morning service, people watching will be invited to join in by lighting a candle in remembrance.

Sir Richard Leese, leader of Manchester City Council, said: “When the current circumstances mean that people cannot gather together to mark this anniversary, it is all the more important to have a focal point for communal remembrance. We thank Radio Manchester for helping to provide this, another reminder of the important role which public service broadcasting continues to play.”

Listen to BBC Radio Manchester on 95.1FM, online or on the BBC Sounds app.I