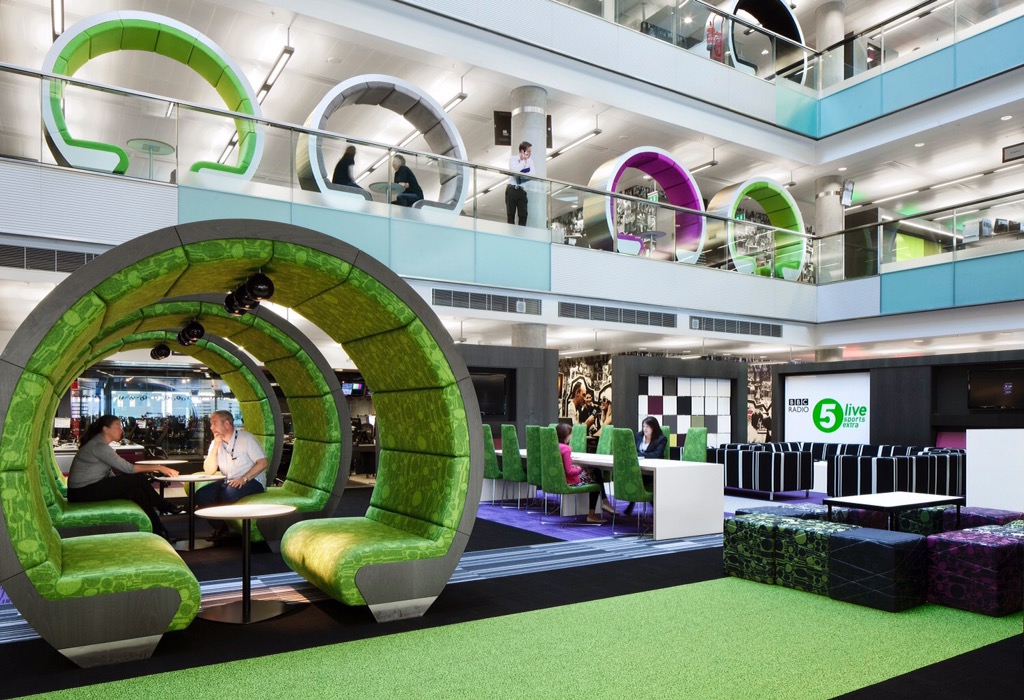 BBC North’s office at Salford Quays has been named  among the best workplaces in the country at the British Council for Offices (BCO) annual National Awards.

In 2011 the BBC relocated a number of departments to a new creative hub of three brand new buildings and a shared studio block at MediaCityUK in Salford, creating BBC North. Opened in May 2011, the judges were impressed with how BBC North has grown and adapted over the past 5 years to become a creative community of 2,300 people.

The judges noted that at inception the BBC and its team were brave with the building revolutionary in its design and demand for excellence. Time has passed and the numbers of staff and departments have grown, but the building has been able to maintain its level of excellence through the flexibility and quality of design – and through the excellence of its in-house workplace team – who the judges were particularly complimentary about.

Emma Crawford, Managing Director of Central London Leasing at CBRE and BCO National Awards Chair, commented: “Home to a large number of talented professionals, BBC North has been able to consistently deliver as a creative environment for over 5 years due to its quality of design and its in-built flexibility. Whilst for some it was deemed a controversial decision for the BBC to relocate a number of departments to Salford, BBC North has ensured a smooth transition, and enabled the BBC to continue to produce world class content for its audiences across the globe.”

Richard Kauntze, Chief Executive of the BCO, said: “BBC North truly demonstrates the value of in-built flexibility to an occupier with demands as varied and unpredictable as the BBC. In being able to expand and adapt over the past 5 years, BBC North has ensured that the several network production departments and radio teams that call it home have been able to rely on its superior quality of design, regardless of fluctuations in staff numbers.”