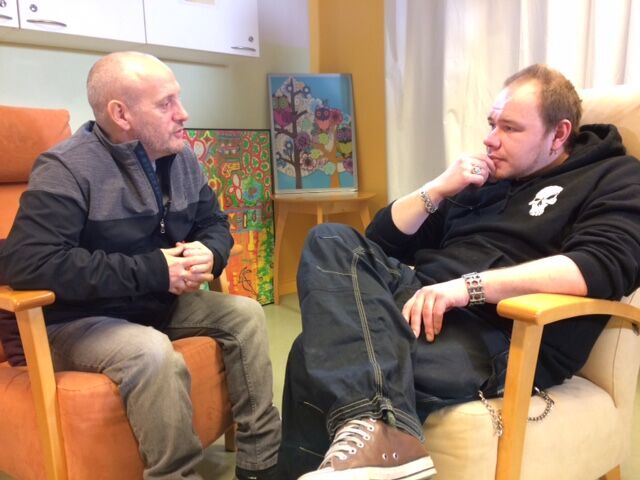 A series of special reports on the homelessness crisis in Manchester and how it can be solved are to be broadcast across the BBC in the North West.

In the Homelessness Season, starting on Monday 21 January, a former homeless man investigates how Finland has drastically cut its number of homeless people and virtually eliminated rough sleeping.

Graham Hudson turned his life around after crime, drink, drugs and prison eventually left him homeless for around three years, living on the streets for four months.

The 58 year old now works for Manchester charity The Mustard Tree, which supports those in poverty and facing homelessness.

Graham travelled to Helsinki with the BBC. His first impressions of the Finnish capital are: “There are no rough sleepers, no-one is begging. When you come out of a station in Manchester it’s normal to see a dozen people within five minutes’ walk.”

For the last 30 years, tackling homelessness has been a focus for successive governments in Finland.

“Street homelessness doesn’t exist in Helsinki,” says the city’s Deputy Mayor Sanna Vesikansa, who grew up in the capital and has helped oversee the drop in homelessness.

“In my childhood I remember there were hundreds, or even thousands of people sleeping in the parks and forests. It was visible, but we don’t have it anymore.”Housing First

Since 2007, homeless policies in Finland have been based on the “Housing First” principle, which gives rough sleepers or people who become homeless a stable and permanent home of their own as soon as possible.

This is the opposite to the traditional approach in the UK, where a permanent home is only offered after a homeless person has sought help in a hostel or temporary accommodation.

Graham said: “That makes a huge difference in terms of people recovering. When you know you have that stable home to go back to and stay in, when you fall off the wagon to know that it’s still there, that must be massively uplifting.”

Finland has spent around 300 million euros over the last decade, providing 3,500 new homes for the homeless and more than 300 new support workers. The money has come from national and local government.

Last year, the UK government agreed to pay for Housing First pilots in Greater Manchester, Merseyside and the West Midlands, with trials due to start shortly. They’ll be aimed at helping the most entrenched rough sleepers.

However, these pilots are on a smaller scale compared to the Finnish project. The UK government hopes around 1,000 homes will be provided under the three Housing First schemes.

BBC Radio Manchester’s Homeless Season will also feature an interview with the Mayor of Greater Manchester, Andy Burnham, who is convinced the Housing First pilot will be a success.

Andy Burnham said: “You cannot have good health or a good life without good housing. I’m confident we will show that Housing First can work in Greater Manchester.”

“I will be asking the Government to make this permanent,” he added.

BBC Radio Manchester Managing Editor Kate Squire said: “It has been a huge eye opener to witness first-hand how Finland has tackled what is now a major issue for Greater Manchester.  We hope our listeners will be moved by Graham’s story, and the journey we’ve taken him on to see how other countries tackle homelessness.”

Heather Wheeler MP, Minister for Housing & Homelessness, said: “No one is meant to spend their lives on the streets, or without a home to call their own. And evidence shows that Housing First has an incredible rate of success in helping people rebuild their lives.

“Through our Housing First Pilot and Rough Sleeping Initiative, we are providing over £11.1m of funding to Manchester to give rough sleepers the support they need to get off the streets for good.

“We’re investing £1.2bn nationally to tackle homelessness and have bold plans, backed by £100m, to halve rough sleeping by 2022 and end it by 2027. And to stop people from becoming homeless in the first place, we’ve changed the law to require councils to provide early support for those at risk of being left with nowhere left to go.”

The first report will be broadcast on the Breakfast Show with Chelsea Norris with further reports across the week. There will also be TV reports on North West Tonight on Monday 21st and Tuesday 22nd January.