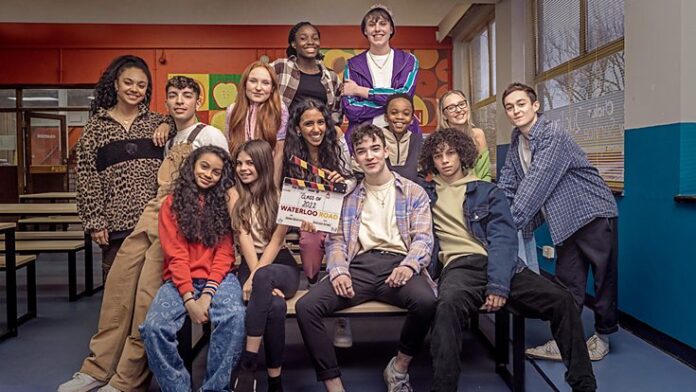 The young actors who will play the pupils on the highly anticipated BBC One school drama Waterloo Road were revealed by Adam Thomas (who will play fan- favourite Donte Charles) on BBC’s Morning Live programme. An image of the cast together on set during rehearsals has also been released. Waterloo Road begins filming today in Greater Manchester and is set to air on BBC One and BBC iPlayer later this year.