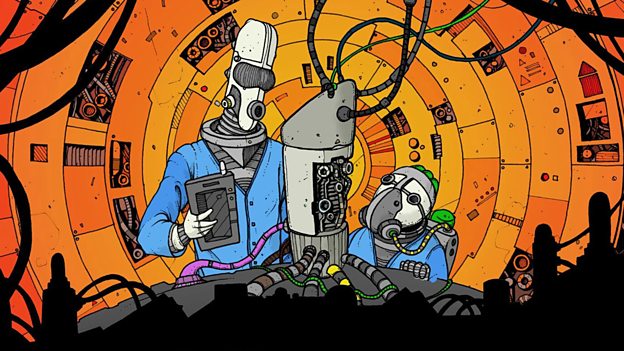 Fans of sci-fi comedy drama can now immerse themselves in a new experimental interactive voice experience from the BBC called The Inspection Chamber.

Available for Amazon Alexa from today and coming to other platforms in the future, the user plays an active role as the fourth character in a story inspired by video games like The Stanley Parable and Papa Sangre and by authors like Franz Kafka and Douglas Adams.

The experience begins with a computer called ‘Dave’ explaining that a pair of scientists will soon be inspecting you to try and identify what kind of creature you are. The answers you give during the inspection shape the direction of the story, influencing the plot and propelling you toward one of a variety of potential endings.

The launch of the Inspection Chamber builds on the BBC’s work with voice devices that director-general Tony Hall spoke about earlier this year where he said that “voice is going to be a key way we interact with media, search for content, and find what we want.”

Developed by BBC Research & Development in collaboration with production company Rosina Sound, the Inspection Chamber is available from today via BBC Taster and the Alexa Skill Store. To ensure each interaction feels as intuitive and natural as possible, BBC R&D created a story engine from scratch, modelled on the type of engines used in video games.

This enables the user to give a wide range of answers, and for the story to mould itself around those responses accordingly. The engine will enable BBC R&D to bring the story to more voice devices, experiment with other voice concepts and allow BBC producers to explore the technology too.

George Wright, head of Internet Research and Future Services for BBC R&D, says: “The Inspection Chamber is an experimental first step using this emerging medium. It enables listeners to take part and interact in a way they never have before. They’re not just a listener any more – they have an active role in the story, playing the fourth character in a radio play which puts them in the heart of the action. This collaboration between the BBC’s R&D department and a new audio independent company is something we’re all excited by.”