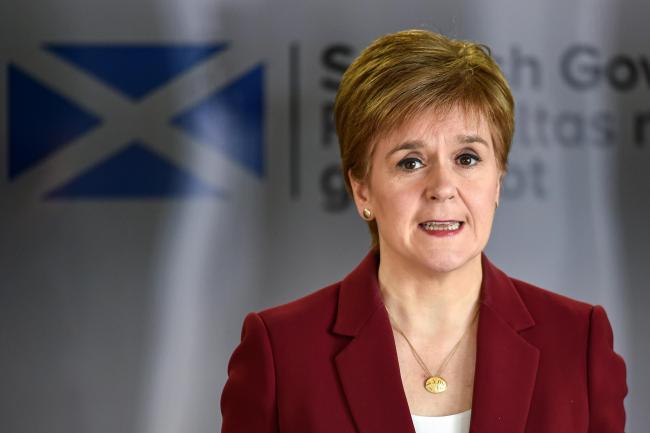 Scotland’s first Minister has announced that Pubs and restaurants will not be allowed to serve alcohol indoors for 16 days, starting this Friday.

According to ITV’s Robert Peston, the measure is likely to be brought into the North of England as the Government brings in measures to control the rising number of cases across the North West, Yorkshire, Humberside and the North East

The restrictions are most likely to be announced on Monday, although they could come earlier.

“The Health Secretary Matt Hancock is chairing a gold command meeting with relevant regional officials on Wednesday to review the growing crisis.

One obstacle to immediate imposition of the new restrictions is that mayors and politicians in the affected areas are demanding financial compensation for businesses in their areas damaged by the planned new restrictions, as a precondition for giving their support for the restrictions.

As I understand it, the Treasury is looking at how to protect businesses temporarily closed, though that help may not be forthcoming before the closures are announced.”

In Scotland tougher regulations will be introduced in the Central belt where cases are much higher.

licensed premises with the exception of hotels for residents will be required to close indoors and outdoors.Takeaways will be permitted.

Hotels will remain open for residents and Cafes without an alcohol licence will be able to stay open until 6pm to “support social isolation”.

Snooker and pool halls, indoor bowling alleys, casinos and bingo halls will close in these areas for two weeks from October 10.

Contact sports for people aged 18 and over will be suspended with an exemption for professional sport.

Outdoor live events will not be permitted in these five regions for the next two weeks.

People in these areas should avoid public transport unless “absolutely necessary” i.e. going to school or work.

“there was no evidence or justification to support arbitrary alcohol bans and time limits, no awareness of the wider impact on business as consumer confidence tumbles and crucially no detail of the support needed to avoid job losses and business failure – catastrophic“