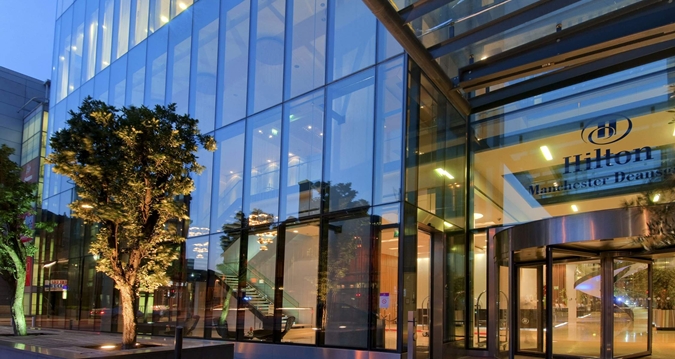 Four men, aged 20, 24, 26 and 26 and two women, aged 17 and 20, have been arrested on suspicion of attempted murder after a women was attacked at a the Hilton on Deansgate this morning.

Police officers on Deansgate were flagged down by a woman with serious injuries to her neck just after 11.00am.The woman, is being treated for lacerations to her neck.

They are all in custody for questioning and enquiries are ongoing.

Scenes remain in place inside one of the hotel rooms and outside the hotel itself.

Police say the incident is not thought to be terror related