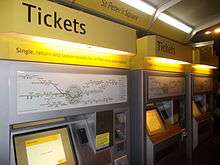 CCTV images have been released following a recent spate of thefts from Metrolink ticket machines.

Since January, thieves have broken into or attempted to break into six ticket machines on the Eccles, Airport and Ashton lines, with stops at Salford Quays, Exchange Quay, Sale Water Park, Ashton Moss, Clayton Hall and Martinscroft being targeted.

Most thefts have occurred in the early hours of the morning, however recent attacks at Clayton Hall and Ashton Moss have taken place at about 9pm.

The incidents follow another spate of thefts from Metrolink ticket machines in December, during which time 25 were broken into. Two men have been charged in connection with these offences and are next due in court in May.

A further spate of thefts occurred between July 2016 and January 2017. These were subsequently linked to similar thefts taking place across the country and incorporated into a wider investigation being conducted by British Transport Police. In November 2017 two people were jailed for a total of seven years after being convicted of conspiracy to steal.

CCTV images have now been released following the latest spate of thefts and anyone with information about those responsible is asked to call the police.

In addition to the extra CCTV surveillance of TVMs, TfGM is now calling on people living close to the Metrolink network to contact the police immediately if they hear or see anything unusual at a tram stop.

CCTV of the incidents has been provided to police as part of the ongoing investigation.

As a result of the damage caused by the offenders, a number of machines are currently either out of operation or only able to accept payments by coin and bank card.

TfGM is working with Scheidt & Bachmann, the contractor responsible for repairing and maintaining ticket machines, on a programme to fix affected machines as quickly as possible.

Further work is also taking place to investigate what additional steps can be taken to further enhance the machines security features.

TfGM’s Head of Metrolink Danny Vaughan, said: “My overriding concern is the impact these thefts are having on our customers, who are being inconvenienced with machines across the network that are either out of operation or unable to accept notes.

“I’d like to apologise for any inconvenience this is causing them. Clearly these are circumstances outside of our control and we are working hard with our contractor to get all machines back in full working order as quickly as possible.

“We’re also taking a number of steps to try and prevent further incidents: we are undertaking more surveillance of the network, we are working closely with the police under the TravelSafe Partnership and are investigating what additional security features we might be able to add to the machine itself.

“Our machines are emptied frequently, carry relatively little cash and are under constant surveillance. Given the strict sentences imposed on past offenders quite frankly the risks far outweigh the opportunities for criminal behaviour.”

Three arrests after man assaulted in Leigh at the weekend