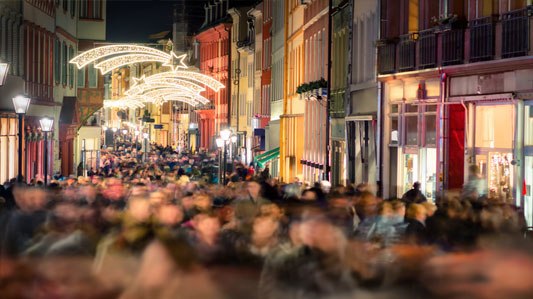 Their ‘Christmas Spending Intention’ report reveals that the average British household that celebrates Christmas, will spend £751 for the festive season on gifts, food and drink, and decorations, trees and cards this year, down from £780 in 2016.

Overall, three in ten (29%) expect to spend less money as at Christmas 2016 while four in ten (41%) people say they expect to spend the same. A further 27% anticipate spending more.

The study shows a socio economic divide in intentions to cut back at Christmas.

Indeed, those in the ABC1 social grade are expecting to reduce their spending on food and drink by 5%, while those in the C2DE group are anticipating spending 1% more.

Among those that are expecting to cut back, 58% say they simply have less money to spend this year, while 46% want to reduce how much they consume/buy during the festive season. One in five (21%) say they have set a budget this year.

Those who believe they will spend more are most likely to blame a rise in prices. Over half (54%) say the price of food and drink has increased, while 46% think that the cost of gifts has gone up

Global gateway to the world

Over half of Manchester’s Covid rate increase down to 17-21 student group says Health...