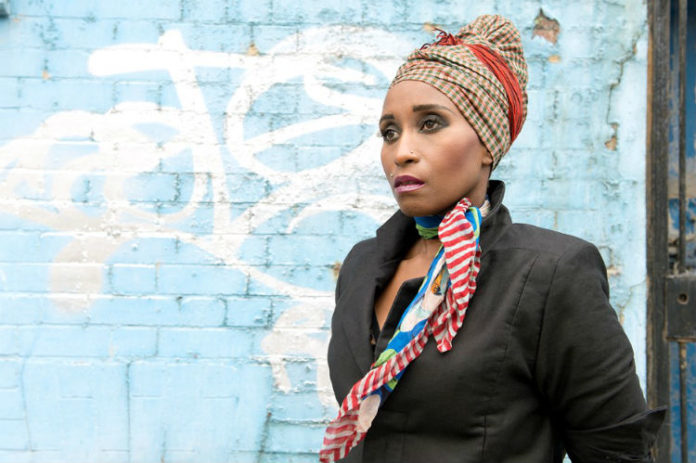 The summer of 2019 is shaping up to be one to remember for poet and Manchester Metropolitan University lecturer Malika Booker.

This month, it was announced that publisher Corsair will publish an anthology by the poetry collective that she founded back in 2001, Malika’s Poetry Kitchen.

The book, scheduled for 2021, will be entitled Too Young, Too Black, Too Different and will feature work from poets who have emerged from the collective, including Warsan Shire, Inua Ellams, Dean Atta and Kayo Chingonyi, recent winner of the Dylan Thomas Prize.

Booker, a Lecturer in Creative Writing at Manchester Writing School, part of Manchester Metropolitan, joined the University earlier this year following a stellar career as a writer in disciplines as varied as poetry, theatre, monologue, installation, and education.

She said: “Who would ever imagine that a writing collective that began in my kitchen 20 years ago, established to provide a space for marginalised writers to develop their craft and build community would have such an impact on British Poetry, and our voices published by a major publisher? This is a major achievement for us and we are overjoyed.”

In June, Booker was commissioned to write a poem about Mars to coincide with the launch of a landmark BBC Science series about the history of the solar system called The Planets, narrated by Brian Cox.

Her poem, Destined to Grow Apart, was filmed and released via social media to promote the new series.

She said: “I was impressed with the quality of the film. The visuals are simply stunning. The planetary effects and music provide an epic backdrop for the poem, which is both emotive, educational and a tad Shakespearean.”

Topping off her summer to remember, Booker was one of four writers awarded The Cholmondeley Award 2019 in June for outstanding contribution to poetry, an annual prize given by the Society of Authors.

Gangs of London returns for a second series