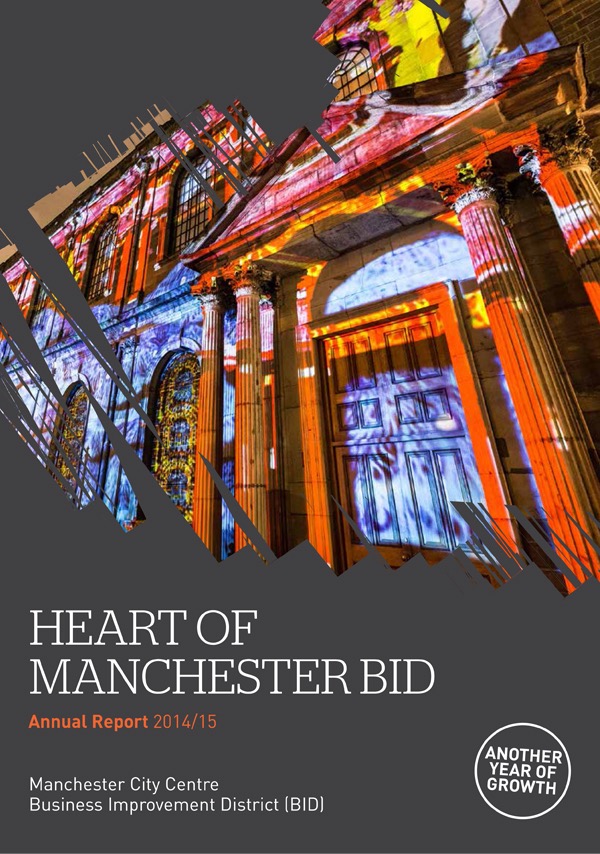 Spending on retail in Manchester reach £910m and the city retain its position as the top UK retail destination outside London in the past twelve months.

A report out today from the Heart of Manchester bid, part of the city centre management team at CityCo, paints a successful year for the City Centre, with summer garden festival, Dig the City, witnessed by over 1 million visitors, awarded ‘outstanding’ at the 2014 RHS Britain in Bloom Awards, and saw retail sales increase by up to 86% during the event in August 2014.

Other highlights includedthe  annual Big Student Night In shopping event across the city centre retail district. Tens of thousands of students flooded into the city centre to take advantage of one night only discounts. Footfall soared on the night between 4pm – 9pm, with some areas of the city centre experiencing a 61% increase in visitor numbers year on year and a 38% increase in retail sales .

Jane Sharrocks, General Manager at Selfridges’ Exchange Square and Heart of Manchester BIDChair said: “We’re extremely pleased with the results of the BID’s second year of activity, which demonstrate another year of growth. Though the last 12 months have posed challenges for retailers across the country, we are very confident in Manchester city centre’s performance and the results clearly show the positive impact that BID events have had on the city.

“This year, we’ve really seen Manchester’s retailers embrace the benefits of working collectively towards the same goal; ensuring the city’s retail sector continues to thrive. The impact of events such as Dig the City and Chinese New Year is demonstrable and drives visitors from all demographics, from students living within the city and suburbs, to locals, visitors and tourists from all over the world. Our team of City Hosts does an excellent job in making everyone feel welcome.

“We believe that we have built on the solid foundations made in our first year, and the results show excellent year on year growth. We have another strong calendar of events planned for year three and are confident we can continue to improve on our success.”