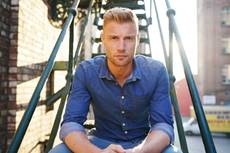 Former England cricket captain, and star of SKY’s League of Their Own, Andrew “Freddie” Flintoff will swap the cricket pitch to tread the boards as he joins an all- star cast for the world premiere of Kay Mellor’s Fat Friends – the Musical which comes to Manchester Opera House from Mon 19 – Sat 24 March 2018.

Freddie will play Kevin Chadwick opposite the previously announced, Jodie Prenger as his fiancée, Kelly. Freddie takes to the stage for the first time on 7th November 2017 as Fat Friends – the Musical opens at Leeds Grand Theatre. He will then tour with the production to Southampton, Sheffield, Manchester, Birmingham, Bradford and Blackpool.

One of the world’s most recognised cricket stars, Freddie Flintoff won the BBC Sports Personality of the Year award in 2005 after playing a pivotal role in regaining the Ashes from Australia. Since the Lancashire Lad’s cricket career ended in 2010, he has forged a career as a much loved presenter and broadcaster. Appearing as a captain on Sky’s ‘A League of Their Own’, being crowned King of the Jungle in the first Australian version of ‘I’m a Celebrity Get Me Out of Here!’, Freddie has also launched a clothing range ‘Flintoff by Jacamo’. Having just filmed a part in Kay Mellor’s new ITV series, this role will see Freddie continue to affirm his acting credentials after bowling over the show’s creator, Kay Mellor and composer Nicholas Lloyd Webber during auditions!

Freddie Flintoff said: “I am really excited to be starring in Fat Friends – The Musical at Leeds Grand in November and at some other great venues around the UK in 2018. Having had the pleasure of recently working on an episode of Kay’s latest TV series, it’s great to have the opportunity to work with her again. I loved the TV series and think Fat Friends – The Musical, is going to give people a great night out. I’m really looking forward to it.”

Kay Mellor said: “I was introduced to Freddie at one of our TV casting sessions – it was clear to me that he could leave his cricket bat behind, embody a character, and understand the drama. It was a no brainer… he got the part. Then, as we were talking through Fat Friends – The Musical, I wondered if Freddie could sing. I was ecstatic when Nick met him and agreed his voice was perfect for the role. I am thrilled and delighted that Freddie is able to join us for our run at Leeds and part of the tour as well, playing our leading male and fiancee to Kelly played by Jodie Prenger. I can’t wait to start working with the super talented cast we’ve got so far!”

Nicholas Lloyd Webber said: “I am thrilled that Freddie will be joining our stellar cast of Fat Friends – the Musical. He immediately really impressed us in his audition and we are so excited to be working with him on our show. Our starting XI is now nothing short of sensational.”

The award winning TV drama has been adapted for the stage by its creator and one of the UK’s most prolific writers, Kay Mellor, whose extensive television credits include hit series of Band of Gold, The Chase, The Syndicate, In the Club and whose stage credits include A Passionate Woman. Freddie joins the award winning Jodie Prenger and X-Factor winner Sam Bailey with further casting to be announced.

The ‘weight’ is over; Packed full of warmth, life and weight loss, this brand new stage show reunites our favourite foodie friends in an original musical bulging with hopes, humour and heart. Join the infamous group of loveable characters as they are put through their Zumba paces at their local branch of Super Slimmer’s by the lovelorn Lauren whilst Kelly fantasises about fitting into the wedding dress of her dreams. Fat Friends offers a generous serving of hilarious fun with a sprinkle of romance on top!

Fat Friends hit television screens in October 2000, following the lives of a group of overweight friends as they struggle with the absurdities of modern dieting. Running for five years on ITV, the show starred Alison Steadman, Gaynor Faye and Lisa Riley and launched the careers of James Corden and Ruth Jones. Written by Kay Mellor, the show was nominated for multiple awards including the BAFTA for Best Drama Series.